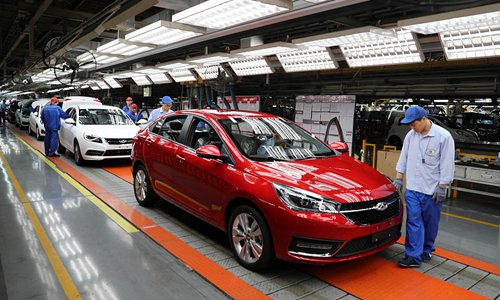 China’s auto market has shown signs of recovery throughout March, as single-month auto sales have surged by 361.4 percent compared to the previous month, and industry analysts forecast the market to quickly rebound in the second quarter of 2020 driven by a series of government stimulus plans.

According to data from the China Association of Automobile Manufacturers, sales of new energy vehicles (NEVs) have soared significantly, three times that of February. Besides, passenger car sales grew by 365.8 percent compared with last month.

Analysts noted that the recovery of the world’s largest auto market will also bolster the confidence of global carmakers such as Tesla as due to the deterioration of the overseas COVID-19 situation, several such firms were forced to cut wages and close factories abroad.

Meanwhile, Tesla, headquartered in the US, is cutting salaries, furloughing workers in the US in the past few weeks in a bid to “manage costs” in response to the impact of the pandemic, according to media reports.

The China Automobile Association predicted the Chinese auto market to recover significantly in the second quarter, adding that with the various support and promotion policies announced by the government, and the active efforts of Chinese auto firms, sales in the second half of the year is expected to recover or exceed the same period last year.

China said last month that it would extend subsidies for electric vehicles, originally scheduled to end this year, to 2022.