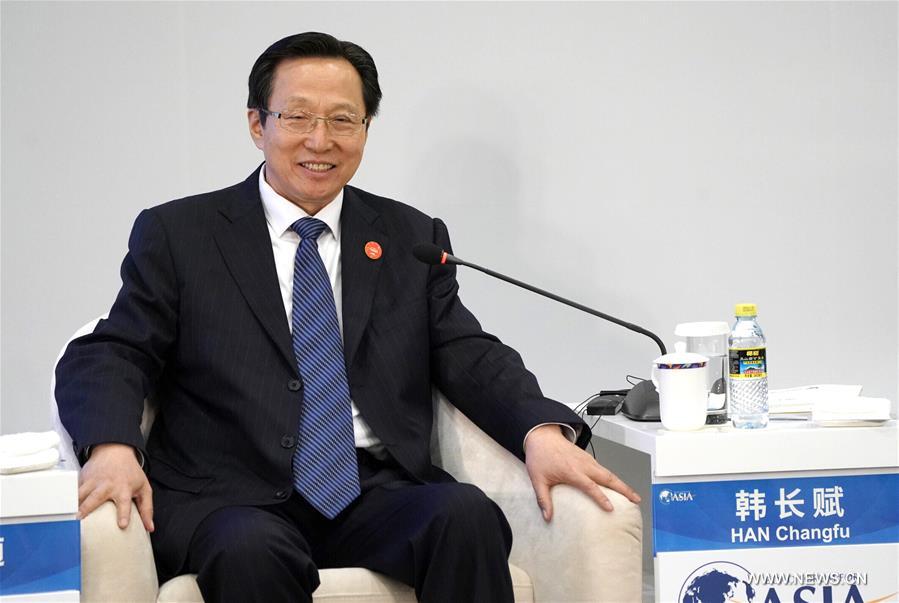 HANGZHOU, May 17 (Xinhua) -- The agricultural trade between China and the Central and Eastern European Countries (CEEC) has grown rapidly, with the annual trade volume amounting to 1.2 billion U.S. dollars, a Chinese agricultural official said Friday.

Han Changfu, minister of agriculture and rural affairs, said at the Fourth China-CEEC Agriculture Ministers Meeting that bilateral agricultural investment expanded fast as well and cooperation has been enriched.

A dozen quarantine protocols on farm produce exported to China have been signed, making it much easier for more high-quality products from CEECs to enter the Chinese market.

The first demonstration zone of agricultural cooperation between China and the CEECs was launched in Bulgaria, and the first China-CEEC Agricultural E-commerce Logistics Center and Exhibition Hall opened in Shenzhen, according to Han.

"China will jointly build demonstration zones for agricultural cooperation with Bulgaria and Cyprus and encourage more competent Chinese enterprises to invest in the agriculture and rural areas of CEECs," Han said.

Furthermore, China and CEECs will open their markets wider to each other and promote the sharing of technological achievements to enhance overall agricultural productivity, said Han.