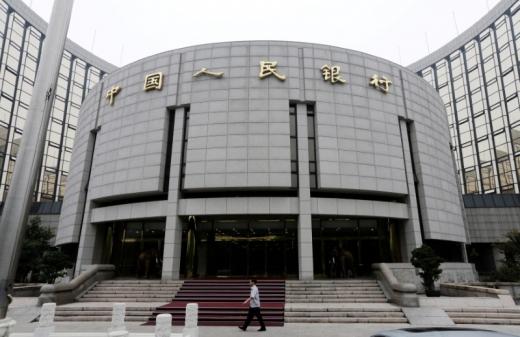 FILE PHOTO: A staff member walks in front of the headquarters of the People's Bank of China. Reuters photo

Liquidity in the banking system was at a "relatively high level," the People's Bank of China (PBC) said on its website.

The PBC said the suspension was made in order to offset the influence from factors such as the use of Contingent Reserve Arrangement (CRA) and the targeted reserve requirement ratio (RRR) cut.

Through the use of CRA, nearly two trillion yuan ($316.3 billion) of liquidity has been pumped into the market since mid-January, which can meet the demand of cash before the week-long Spring Festival holidays from mid-February, according to the PBC.

The central bank has increasingly relied on open market operations for liquidity management, rather than cuts to interest rates or reserve requirement ratios, ensuring cash fluctuations do not exceed expectations.

China will maintain a prudent and neutral monetary policy in 2018 as it strives to balance growth with risk prevention.