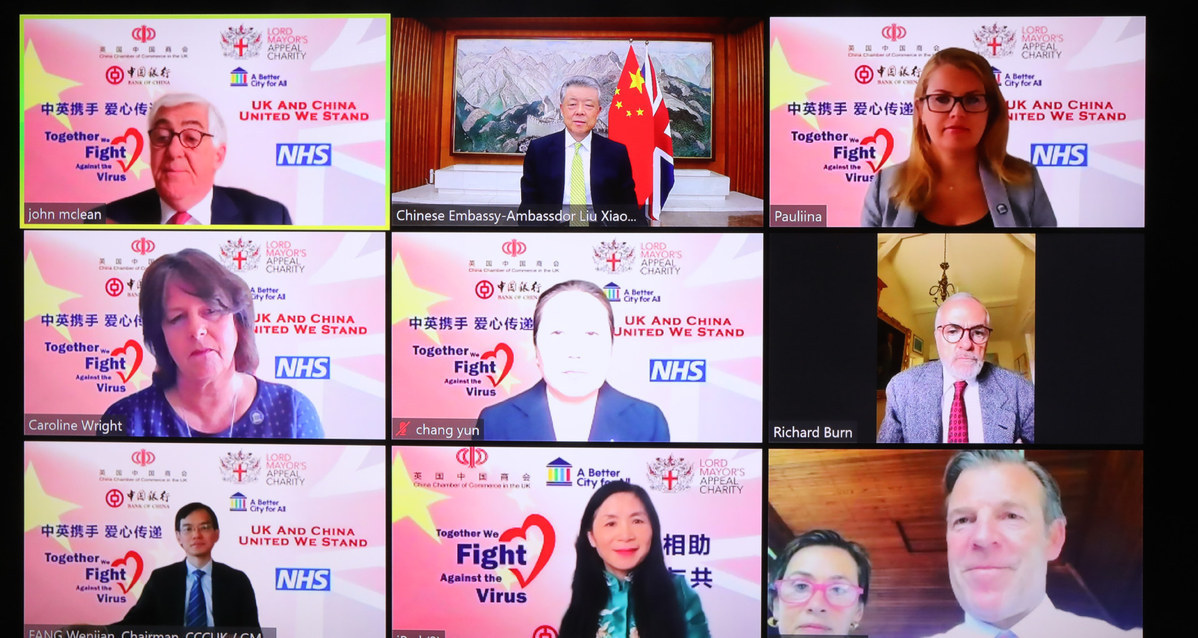 Wednesday's donation is the CCCUK's first batch of medical supplies to the British government. [Photo/Xinhua]

LONDON -- To help Britain fight the COVID-19 pandemic, the China Chamber of Commerce in the UK (CCCUK) on Wednesday donated 1.862 million items of medical supplies including 20 ventilators to The Lord Mayor's Appeal (LMA), the official charity of City of London.

Donated by CCCUK member Bank of China, the supplies, including 20 ventilators, 722,000 units of medical masks, 100,000 N95 masks, 19,000 sets of medical protective clothing, 19,000 sets of goggles and 1 million pairs of medical latex gloves, are being distributed primarily to the NHS (National Health Service).

"On behalf of the City of London and the many beneficiaries of these generous donations, I would like to thank our friends in China for their support and kindness. This type of international collaboration is a glimpse of light in an otherwise dark time," said Lord Mayor of City of London Alderman William Russell.

"The donation will be a strong proof of UK-China friendship and cooperation and a reflection of the spirit of 'UK and China, United We Stand', a significant moment that capture the start of CCCUK's support to the UK in the fight against the epidemic," said the LMA on its website.

In response, the CCCUK issued the "UK-China United We Stand--UK COVID-19 Outbreak Donation Campaign", calling upon its members to donate ventilators and other key medical supplies to help Britain fight the novel coronavirus. In just two weeks, the initiative was met with donation intents of 44 ventilators from CCCUK member companies.

"This donation, once again, shows the global vision of Chinese businesses who are willing to live up to their social responsibilities. It demonstrates true friendship between China and the UK in times of hardships. It displays the spirit of cooperation which underpins our joint response to the epidemic," said Chinese Ambassador to Britain Liu Xiaoming, hailing it as a vivid illustration of the China-Britain "Golden Era".

Fang Wenjian, chairman of CCCUK and general manager of Bank of China London Branch, said the organization have not forgotten the support China has received from the British people when the epidemic was at its worst.

"Now, as we confront this difficult time in the UK, our members will consolidate forces, fulfil our social responsibilities, raise even more medical supplies for the NHS and help as much people as we can," he said.

Showing his appreciation to the CCCUK, Trade Commissioner for China Richard Burn said the donation is a symbol of friendship between Britain and China and a reflection of good relations between the two countries.

This charitable act by CCCUK will hugely support the NHS medical staff, and will further strengthen Britain's confidence in overcoming the virus, he said.

Established in 2001, the CCCUK aims to represent China invested business in Britain, protect their interests, and promote the bilateral development of trade and investment between China and Britain, while building close relations with British companies, trade promotion organizations, chambers of commerce and business associations.