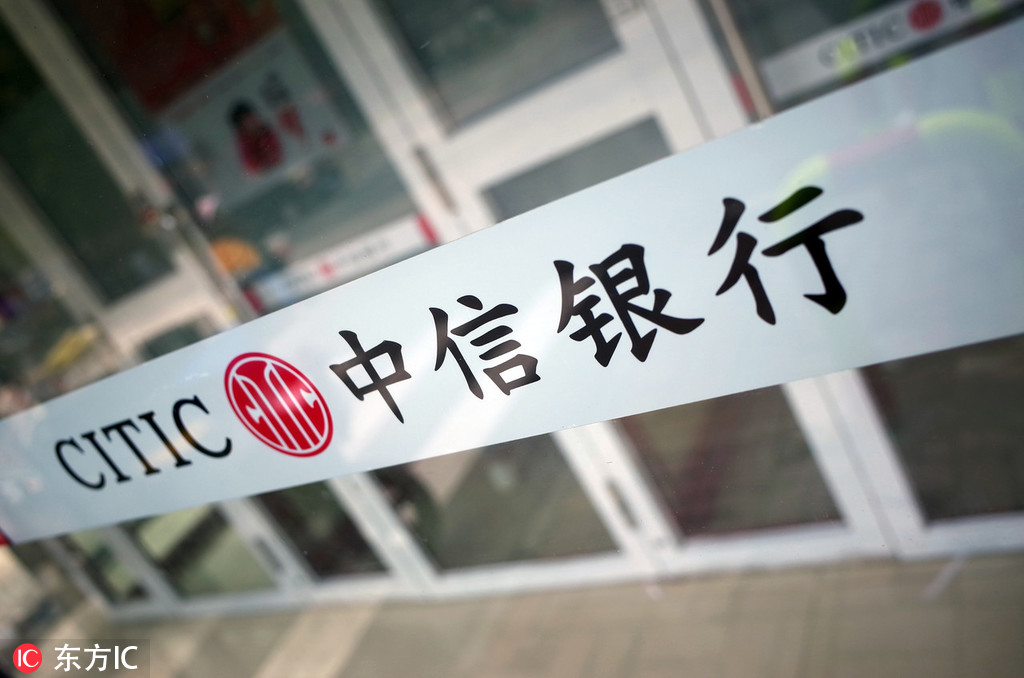 China CITIC Bank Corp Ltd has accelerated the transformation of its retail banking business, which contributed to the bank's double-digit profit growth in the first half of 2019.

The net profit attributable to shareholders of the Beijing-headquartered national joint-stock commercial lender reached 28.31 billion yuan ($3.95 billion) in the year's first half, up 10.05 percent year-on-year.

Its operating revenues increased by 14.93 percent to 93.15 billion yuan over the same period, according to its 2019 interim results announced on Tuesday.

The bank continues to restructure various facets of its business and the contributions of retail banking and non-interest businesses to the bank have further improved.

"By deepening a transformation of our retail banking business and increasing relevant investments in the next three to four years, we aim to achieve a 50 percent increase in the contribution of retail banking to our bank's operating income.

"We also hope that retail banking's contribution to the bank's profit will grow by 40-45 percent," said Xie Zhibin, China CITIC Bank vice-president, at a news conference on Wednesday.

By the end of June, China CITIC's retail banking clients increased by 7.6 percent from the end of last year to 95.05 million.

The number of monthly active users of its mobile banking service rose 34.4 percent year-on-year to 9.25 million.

The bank also consolidated its asset quality and capability to deal with risks.

At the end of June, its nonperforming loan ratio dropped by five basis points from the end of last year to 1.72 percent, while its NPL provision coverage ratio increased by 7.19 percentage points to 165.17 percent.

The wealth management business is still growing for banks, thanks to a continual rise in people's wealth, he said.

The booming financial technology industry will also give strong support to commercial banks to empower their clients and partners, he said.

To cut financing costs for the real economy, China's central bank unveiled a plan to reform the country's loan prime rate mechanism, pushing commercial lenders to use the loan prime rate (LPR) rather than benchmark lending rate, as a reference to price new loans.

The newly revised LPR will be linked to the central bank's medium-term lending facility, which is determined by broader financial system demand for central bank liquidity.

It was also 10 basis points lower than the existing benchmark one-year lending rate.

Fang said if medium-term lending facilities drop by 20 basis points, taken with the decline in the LPR on Aug 20, the bank's income may decrease by 170 million yuan within this year and 1.86 billion yuan next year.

"Generally speaking, the impact of LPR on banks' net interest margins and profitability is within acceptable limits," he said.

By implementing the new LPR mechanism, China will achieve the goal of reducing lending costs for the real economy, he said.