BEIJING, March 15 (Xinhua) -- China's economic growth gathered steam in the first two months of 2021 and the country is confident of sustaining the current momentum. 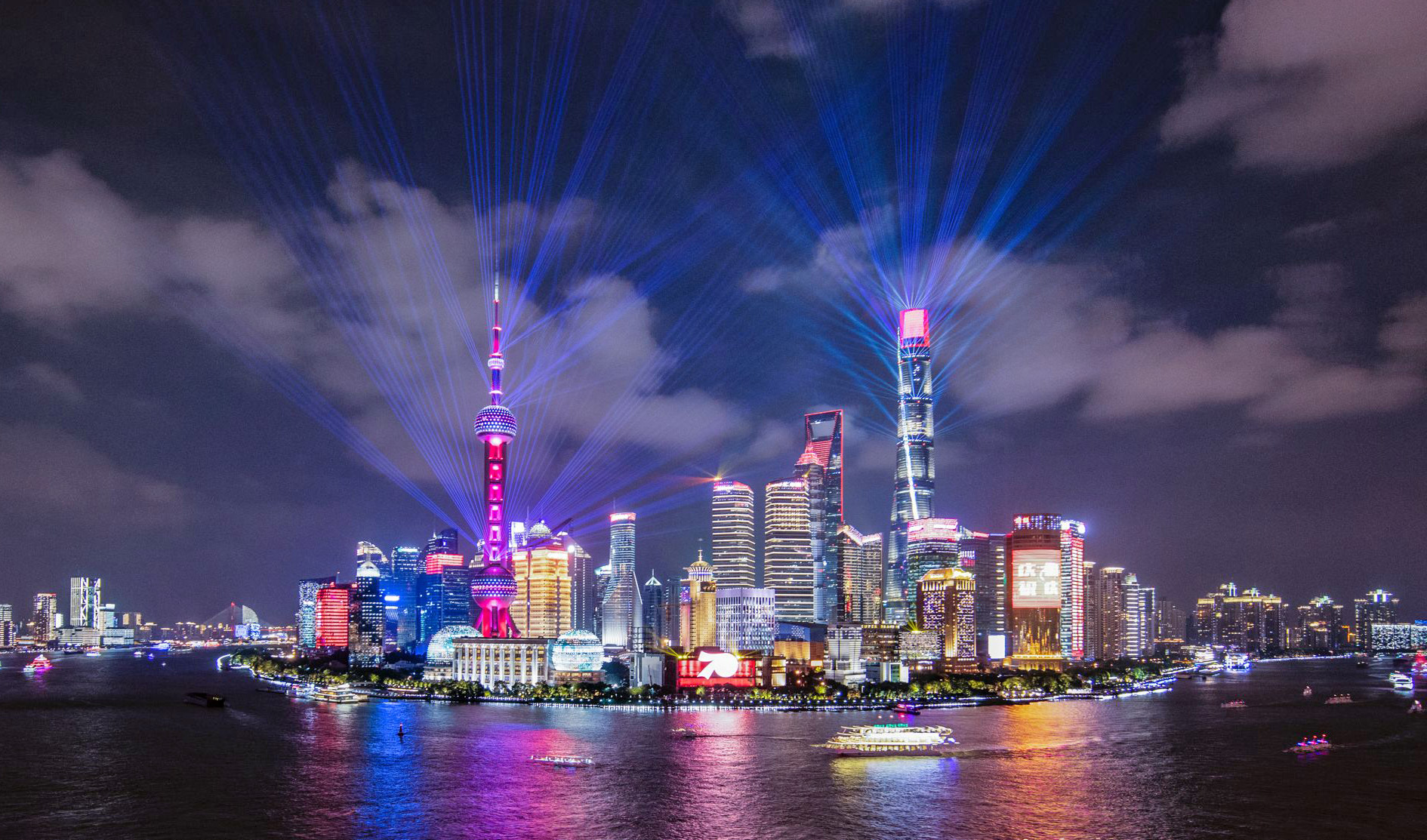 Major economic indicators greatly improved in the period, with industrial output, retail sales and fixed-asset investment all surging more than 30 percent, according to data released by the National Bureau of Statistics (NBS) Monday.

Retail sales of consumer goods, a major indicator of consumption growth, went up 33.8 percent year on year to exceed 6.97 trillion yuan (about $1.07 trillion).

The figure represents growth of 6.4-percent compared with the level in the same period of 2019, as well as annual average growth of 3.2 percent over the past two years.

The value-added industrial output went up 35.1 percent year on year, and increased 16.9 percent compared with the level in the same period of 2019. The annual average growth stood at 8.1 percent over the past two years.

Fixed-asset investment surged 35 percent year on year to 4.52 trillion yuan. The figure represented a 3.5-percent increase from the same period in 2019.

Investment by the private sector expanded 36.4 percent year on year to 2.62 trillion yuan.

NBS spokesperson Liu Aihua attributed the sharp year-on-year increase in major economic indicators to the sustained economic recovery as well as a lower basis of comparison in the same period last year, when the economy was hit by the COVID-19 pandemic.

Industrial production picked up, as many Chinese people opted to stay put during the Spring Festival holiday, which fell in February this year, in response to the government's call to avoid unnecessary gatherings as part of anti-epidemic measures, according to Liu.

Many enterprises and projects have reported more working days than usual, as local governments rolled out policies to offer economic support for employees who worked during the holiday instead of returning to their hometown, she told a press conference.

Looking ahead, Liu said the foundations and conditions exist for China's economy to maintain the recovery momentum through the year.

The country's confidence in dealing with various risks and challenges and sustaining economic recovery lies in its solid material foundation, a complete industrial system, a vast market and abundant human resources, said Liu.

China aims to expand its gross domestic product (GDP) by over 6 percent year on year in 2021, according to this year's government work report.