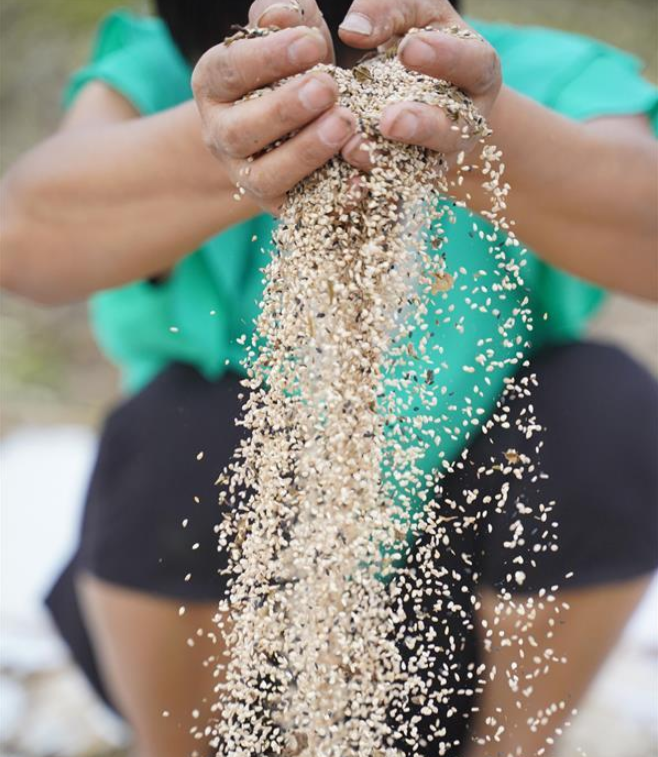 Haile Berhe, President of EPOSPEA, told Xinhua that China's sesame market has become the major destination for Ethiopian producers and exporters amid an increasing demand for Ethiopian-produced sesame among Chinese buyers.

"With the growing trend of sesame export to China, it has become very difficult to imagine the export of sesame without the Chinese market in it," Berhe said.

The Ethiopian Ministry of Agriculture and Natural Resources recently announced that sesame production during the current Ethiopian 2018-2019 fiscal year that started on July 9 would surpass 350,000 tons.

The ministry further estimated the east African country's revenue from the export of sesame to reach some 500 million U.S. dollars during the current fiscal year.

China takes the most significant share of Ethiopia's export of sesame seed with close to 70 percent of the country's export destined to China on average over the past decade, according to the EPOSPEA.

The EPOSPEA, which was established in 1998 with the objective of building the capacity of its more than 130 active members in the global market, also aspires to maintain and further strengthen its members' approval among Chinese counterparts.

According to Berhe, the first China International Import Expo (CIIE), scheduled to be held from Nov. 5 to 10 in Shanghai, China, would help Ethiopian exporters to maintain their stronghold in Chinese sesame market, eventually helping them to further penetrate the vast Chinese market.

"Our association, with more than 130 active members, highly promotes our members to participate in the CIIE as well as other trade fairs and expos so as to assess opportunities that are available in linking up with our Chinese counterparts." he added.