China coping with impact of epidemic

Country confident of revitalizing economy as it faces challenges ahead, report says 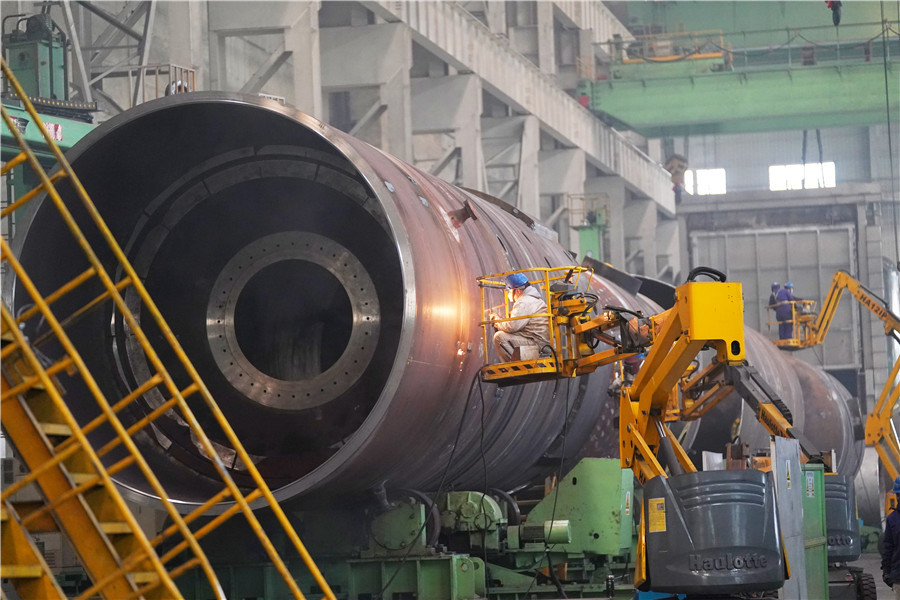 Amid growing measures by Chinese authorities to fight the COVID-19 outbreak, headway is also being made in coping with the economic impact of the virus nationwide, with the country confident of revitalizing its economy as it faces challenges ahead, according to a major policy report.

The public health situation in Hubei province and its capital Wuhan, the epicenter of the outbreak, remains "grim", but "things are looking up in other parts of China, where local authorities are trying to strike a balance between fighting the epidemic and reviving economic life with tailored measures", the Shanghai Institutes for International Studies, a leading think tank, said in its latest report.

China is "very different from what it was 17 years ago (when the SARS epidemic broke out) in economic weight, position in global industrial and value chains, and its contribution to the world economy", with economic and social activities "starting to revive in most parts of the country" since the outbreak, according to the think tank's president Chen Dongxiao, who co-authored the report.

There are signs that the epidemic will be "kept in check within the first quarter, with controllable impacts on China's economy for the whole year－despite its severe short-term damage", according to the report.

It warned of "the difficulty for small and middle-sized enterprises to resume full operations and the potential long-term effects of indefinite restoration of industrial production in worst-hit epidemic areas on the global supply chains. Meanwhile, it is believed that the epidemic will bring new opportunities for healthcare, online services, and some other industries".

The epidemic has already dealt a severe blow to tourism and consumption, with the world's largest seasonal population "grinding to a halt" amid the holiday travel rush.

The negative impact has spilled over to crucial supply chains since early February, with the resumption of routine operations in many areas delayed, businesses reporting raw material shortages, logistical difficulties, and cash flow crunches, and shrinking demand as importers impose additional restrictions.

Getting SMEs back to work is now a top priority, the report said.

The think tank highlighted two major features in the country's economic policy toolkit to help deal with the impact of the outbreak－one for short-term relief, such as fiscal, financial, monetary and tax policies, and reduction of costs of labor, in order to help enterprises, including SMEs, to overcome the temporary difficulties in capital and labor, and another aimed at providing lasting policy support for enterprises.

"This report believes that China's fight against the epidemic will generate fresh momentum for its further reform. First, it helps foster a national consensus on high quality development. Second, it helps enhance China's national governance capacity and comprehensive capabilities in countering social and economic risks, since the country's weaknesses in prevention and control of major public health emergencies－as exposed during the COVID-19 outbreak－need to be mended through deeper reform on all fronts. Third, it helps strengthen China's digital economy, optimize its economic structure, and generate new momentum for economic growth."