BUSINESS China could take varied approach toward US investment as trade countermeasure: analysts

China could take varied approach toward US investment as trade countermeasure: analysts

China should treat US companies in China differently, being firm with companies that contribute little in terms of employment or technologies to the domestic market, while maintaining a friendly stance toward companies that offer clearer benefits, experts told the Global Times on Monday. 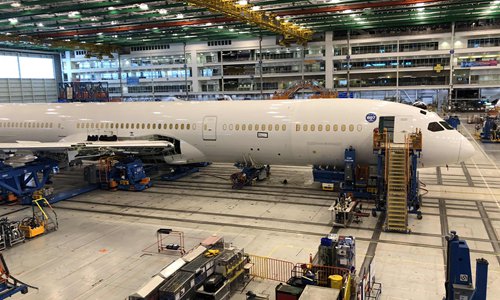 The experts' comments come at a time when the trade friction between China and the US is increasing. Starting from Monday, the US government started to impose a 10 percent tariff on $200 billion worth of Chinese goods, and will further raise the tariff to 25 percent starting from the beginning of 2019. China has warned that it will have to take countermeasures if the US further ratchets up the trade tension.Different treatmentBai Ming, deputy director of the International Market Research Institute at the Ministry of Commerce, said that the Chinese government can extend different treatment to different forms of US investment in China, just like the US' attitude toward investment from China. "I think for US investment that only aims to reap profits from China without a tangible contribution in employment or technologies to the domestic market, the Chinese government can be harsher," Bai told the Global Times on Monday.Bai suggested US companies' investment in the Chinese real estate sector and supermarket chain stores as examples. Travis Kalanick, ex-CEO and founder of US-based firm Uber, is reported to have launched an investment fund focused on areas including real estate in China, according to a report by Business Standard in March. But experts said that for US companies that bring resources and benefits to China, the government should see to it that they are unaffected by the trade dispute. Sang Baichuan, director of the Institute of International Business at the University of International Business and Economics, also said that China should stick to the opening-up process, as this will help offset the negative influence of the trade dispute."Trade friction should not directly affect investment," he told the Global Times on Monday.Gao Feng, a spokesman for the Ministry of Commerce (MOFCOM), said last week that the US protectionism is hurting not only US and Chinese companies, but also the global industrial and supply chains.The Chinese government is now studying targeted measures to help relevant Chinese and overseas companies to actively address the challenges and hardship which they might face, Gao said during a regular press conference held by MOFCOM on Thursday.China can take some other measures, such as restricting certain US imports, to respond to the increasing trade barriers being set up by the US, the analysts said. Fu Liang, a Beijing-based telecom industry expert, suggested on Monday that China can decrease or even stop importing some US products that are highly dependent upon Chinese demand, such as airplanes or cars.He also suggested that China can strengthen cooperation with the US' business competitors as a countermeasure.