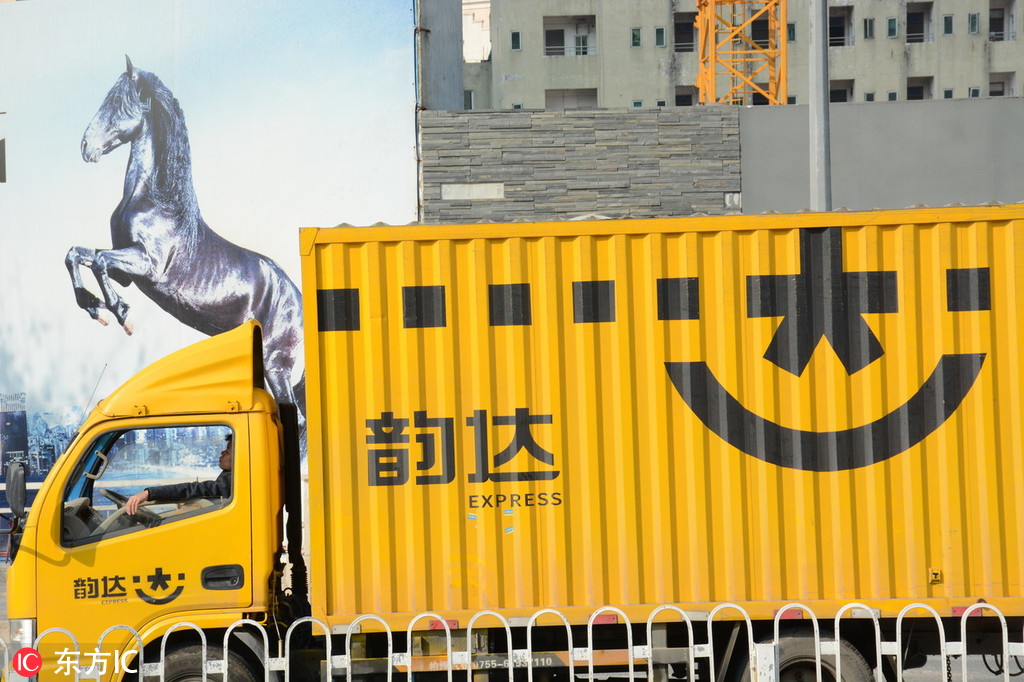 In October, SF Holding, a leader in the middle and high-end courier service market, handled 438 million parcels, an annual increase of 48.5 percent.