China decides to exempt US pork, soybeans from additional tariffs 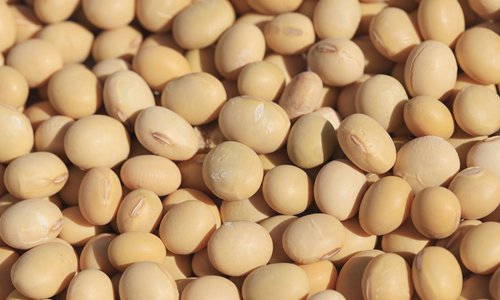 China on Friday announced it would exempt US soybeans and pork from additional punitive tariffs, a move expected to ease the trade conflict between the two economic powers, and create good conditions for the upcoming trade talks.

Experts said that the move, ahead of the next round of high-level trade consultations scheduled in early October, is a reciprocal goodwill gesture or olive branch to Washington in response to Trump administration’s decision to delay imposing higher tariffs on $250 billion of Chinese goods from October 1 to October 15.

"Exempting the additional tariffs on US pork, soybeans and other agricultural products will ease pressure on China’s stretched domestic supplies while making the US side get to know China’s sincerity in the coming trade talks,” said Song Guoyou, director of Fudan University's Center for Economic Diplomacy.

The recent “outburst of sincerity from both Washington and Beijing” is certainly good precursor  for the coming round of trade consultations, and “the goodwill gestures are expected to continue”, as the reciprocal moves are encouraging for both, Chen Fengying, a research fellow at the China Institutes of Contemporary International Relations, told the Global Times on Friday.

China supports enterprises purchasing a certain amount of soybeans, pork and other agricultural products from the US and will exempt these products from the tariff list, Xinhua News Agency reported on Friday, citing information from China's National Development and Reform Commission and the Ministry of Commerce.

China has a huge market, which brings in broad prospects for high-quality agricultural products from the US, and hopes that the US will fulfill its commitments so as to create favorable conditions for cooperation in agricultural sectors, according to Xinhua.

Chinese private firms bought over 10 boatloads of US soybeans on Thursday, which were the most significant purchases since at least June, CNBC reported, citing anonymous traders.

Also, 10,878 tons of US pork was sold to China in the week ended September 5, the most in a single week since May, according to the report, citing data from the US Department of Agriculture.

China imported 95.53 million tons of soybeans in 2017, of which 34 percent is from the US. The total amount of US soybeans shipped to China dropped to 16.64 million tons in 2018, declining 49 percent year-on-year, thanks to the trade war.