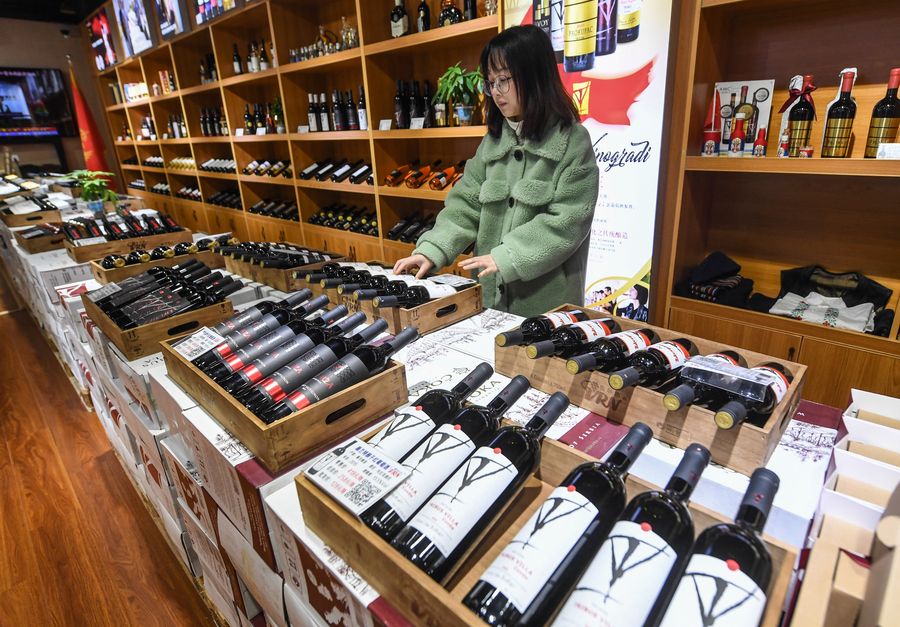 China fulfilled its commitment to increase imports in 2019 amid rising tides of protectionism, boosting domestic economic expansion and offering a beacon of hope for multinationals that had suffered from low profit growth in other parts of the world.

China has been shifting from an investment-driven model to a more domestic consumption-powered economy over the years. Consumption continued to play an increasingly important role in driving economic growth, contributing 60.5 percent of GDP growth in the first nine months of 2019.

"Expanding imports will be conducive to fostering new growth areas in consumer spending, and accelerating the transformation of the country's economic development model," said Zhang Fei, deputy director of the Chinese Academy of International Trade and Economic Cooperation.

In a bid to further meet booming domestic demand, the country lowered or canceled import duties on certain products from Jan. 1, 2020.

The import tax on frozen pork, for instance, was cut from 12 percent to 8 percent in a bid to increase domestic supplies.

China also slashed the duties on imported fruits and juice to offer more choices for consumers.

Riding on the success of robust economic growth over the past four decades, Chinese consumers have shown burgeoning demand for quality goods and comfortable lifestyles.

Retail sales, a main gauge of consumption, increased 8 percent year on year in the first 11 months of last year.

Some consumers perceive foreign goods as being higher in quality than those produced domestically, a main reason behind the soaring demand for imported products.

"In the short term, boosting imports is an effective way to close the gap between domestic demand for high-end goods and the country's actual supply capacity," Gan added.

Danish toymaker Lego registered low single-digit growth in the European and American markets in 2018, but its sales were most notable in the Chinese market with strong double-digit growth.

The toymaker opened its 100th retail brand store in Xi'an in July 2019, its first certified store in northwest China, in a move to expand its footprint in the country's inland cities.

To fulfill its commitment to expand imports, China has hosted two import expos in succession in Shanghai, where thousands of products made their debut to woo China's swelling middle class.

To further open up its market, China has unveiled a series of measures over the past few years, including a shortened negative list for foreign investment, enhanced protection of intellectual property rights and improved business environment.

The country also pledged to continue to lower tariffs and institutional transaction costs, develop demonstration zones to promote import trade by creative means, and import more high-quality goods and services from around the world.

"A new round of opening-up measures will result in massive investment and consumption opportunities. The Chinese market's potential has not yet been fully tapped by multinationals," Liao noted.