China's central bank on Monday firmly pushed back at media reports of delaying application by US firms Mastercard and Visa to enter China's payment market, saying it has never interfered in the process. 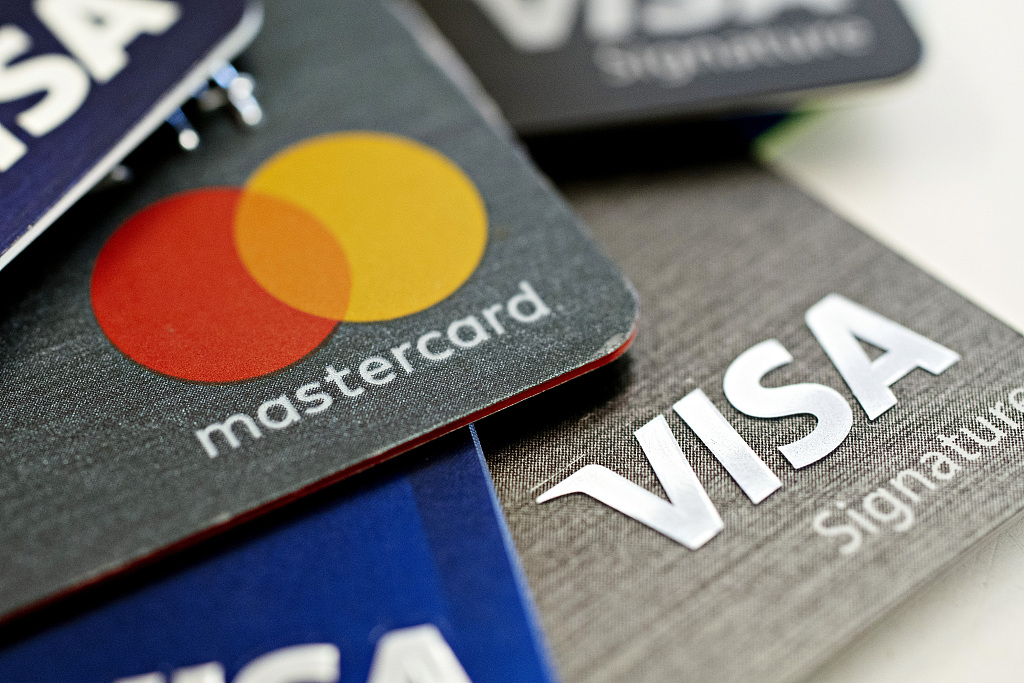 As China continues to open up its market, foreign companies should learn to follow the proper procedures when applying for relevant licenses and refrain from seeking potential loopholes or hyping up unwarranted complaints - because doing so would only hurt their chances in the Chinese market, Chinese analysts warned on Monday.

The Financial Times said on Monday that China's central bank had refused to process applications submitted by US-based payment companies Mastercard and Visa to conduct yuan payment operations in China, which the report suggested was an example of China using "informal barriers" to block foreign competition despite its stated promise to expand market access.

The People's Bank of China (PBC), the central bank, on Monday denied any interference in the process.

"Regarding how market entities apply for market access, [the PBC] always adheres to the principle of respecting commercial choices, and it has never interfered and asked them to form joint ventures to conduct business in China," an official with the PBC said in a statement to the Global Times.

Media reports have suggested that the PBC pressured the two companies to form joint ventures with Chinese partners in order to gain access to the market.

The official, whose identity wasn't given in the statement, added "the PBC has always actively pushed for the opening-up of the bank card market."

Mastercard and Visa also submitted applications but have not yet received approval. The FT report claimed that the PBC had refused to even acknowledge the applications.

"It's a funny spin on World Trade Organization compliance. Yes, China will have due process for the applications once they are accepted, but no one ever thought it would be possible not to accept the applications," said a source, FT reported, referring to a WTO ruling in 2012 that China discriminated against foreign payment companies.

This offers a confusing explanation, as the source was talking about acceptance and the FT report claims China is refusing to process the applications. According to a procedure announced by the PBC, application acceptance and formal acknowledgement or notice of processing are two different steps.

Not accepting an application is indeed possible, if the PBC determines that the application is missing materials or isn't in line with required forms,  the procedure said, which stipulates that the PBC will decide within 90 days after the formal notice. The procedure gives no timetable for the acceptance process.

He said rather than complaining about the process and using the media to discredit China's efforts to open up its domestic market, Mastercard and Visa "should focus on communicating with the PBC through proper channels and find a solution."

Mastercard on Monday confirmed to the Global Times that its application has not been processed but declined to comment further. Visa did not respond to requests for comment on Monday.

"I don't understand why this is such big news. Even if Mastercard and Visa did not get final approval, it would be too far-fetched to suggest that China has stopped opening its market as promised," said Dong Dengxin, director of the Finance and Securities Institute at Wuhan University of Science and Technology. "This is just two companies. And let's not forget the companies have not been rejected."

Dong said that like any other country, including the US, where Chinese investment faces strict, nontransparent national security reviews, China has to employ necessary procedures and regulations to ensure market stability and fairness to all companies. "Compared with what Chinese companies face in the US, foreign companies should feel they are lucky in China," he said.