China said Tuesday that it will ease restrictions on foreign institutional investors in a step to open its financial market. 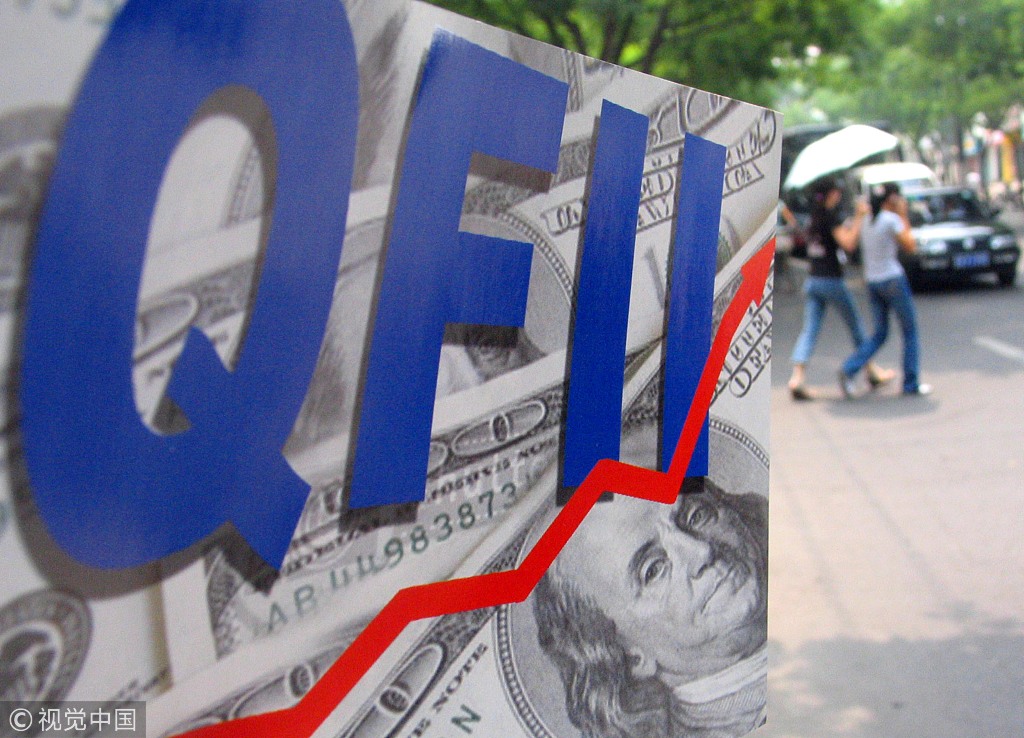 A 20 percent cap on the amount of capital that users of the QFII program can remit out of the country as a percentage of their total domestic assets has been removed, effective from Tuesday.

The outstanding amount of China's dollar-denominated QFII program rose to $99.46 billion as of May 31, according to SAFE.

The QFII program was created to allow foreigners to invest in China.