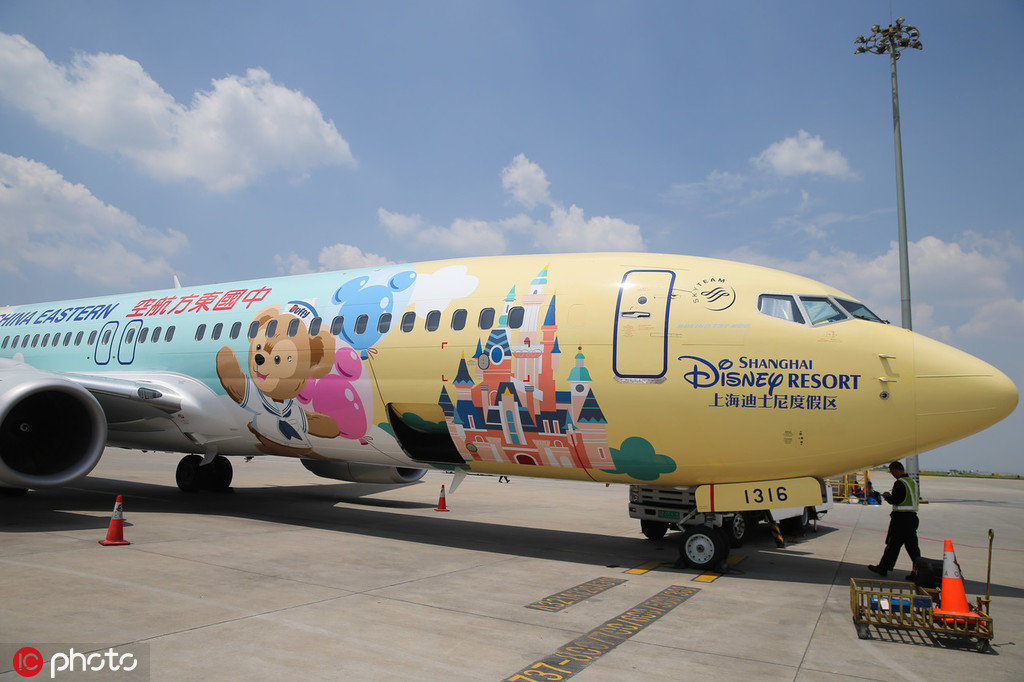 SHANGHAI - A new aircraft depicting Duffy and Friends made its maiden flight Monday in celebration of the upcoming Duffy Month, scheduled in September at Shanghai Disney Resort.

Created in Tokyo DisneySea, Duffy the Disney Bear is a loveable and cuddly teddy bear that was hand-sewn by Minnie Mouse and given to Mickey as a companion for his many ocean voyages.

A series of Duffy-themed events both at the airport and in-flight were also introduced.

The images of Duffy and his friends can be seen everywhere from cushion covers to luggage containers. A new in-flight video will also help the passengers to learn more about the cartoon characters.

The Duffy and Friends themed airplane is mainly for domestic routes, according to Shanghai Disney Resort.