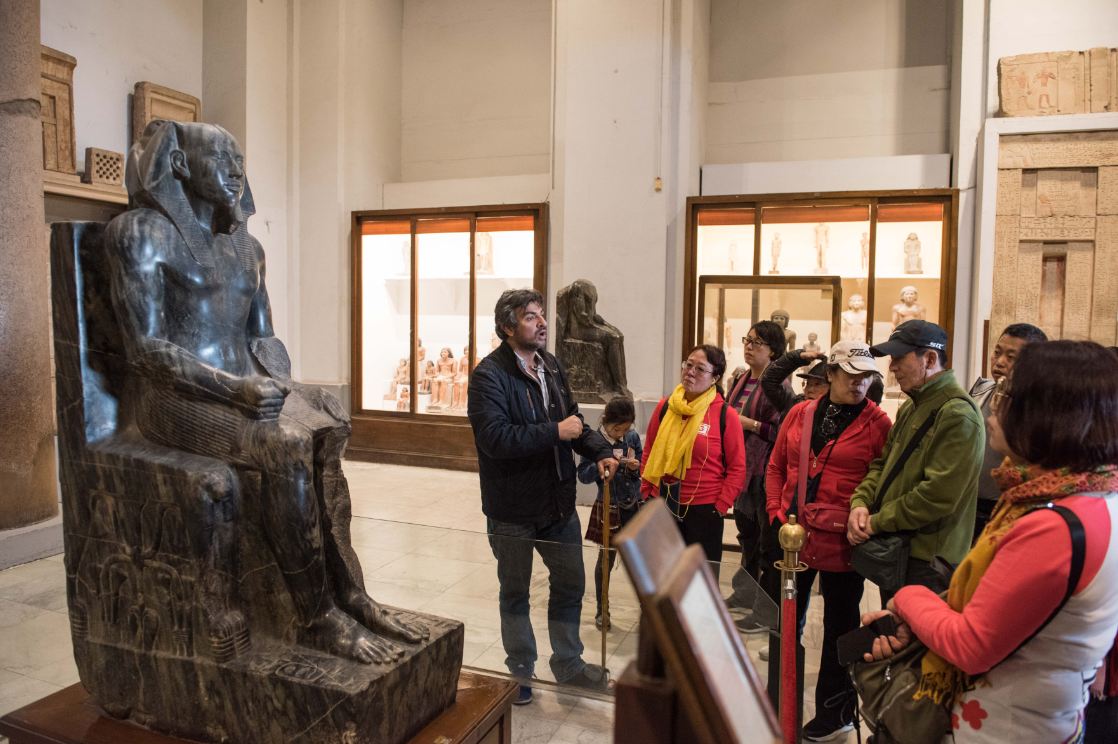 An Egyptian guide explains nuances to visiting Chinese tourists at the Egyptian Museum in Cairo, capital of Egypt. (Photo: Xinhua)

CAIRO - A growing number of Chinese tourists are expected to visit Egypt in the coming years as the ties between the two countries are building up, said Shi Yuewen, Chinese cultural counselor to Egypt, in an exclusive interview.

Egypt netted $6.1 billion in tourism revenues in 2015, a drastic decline from $12.5 billion in 2010, according to the official statistics agency.

It also strives to revive its ailing tourism sector which has been suffering an acute recession over the past few years from political turmoil and relevant security issues.

"I hope the Egyptian government will launch broader international advertising conferences and salons to help the tourism sector revive," he said.

"The Chinese tourists adore the Egyptian monuments, and the Egyptian archeological sites are well-known among the Chinese who have similar ancient civilization," Shi added.

He revealed that China and Egypt have discussed on the official levels about organizing a tourism exhibition in Beijing.

"I hope we can see the launch of a pharaonic expo soon, like the one of the Egyptian renowned Pharaoh Tutankhamun in China," the Chinese diplomat said.

Ties between Egypt and China have been growing fast over the past few years with the support of the political leaderships of both sides, which led to the elevation of bilateral ties to a comprehensive strategic partnership in late 2014.

The archeological sector was important to the two countries' cooperation as it will boost tourism, Shi said.

In November 2017, the first Chinese archeological team in Egypt started its excavation work in Montu Temple at the Karnak Temple Complex of the monument-rich southern city of Luxor.

Shi said a Chinese Excavation Center will be established in Luxor.

"We are now in the process of sending the request to the Egyptian Ministry of Foreign Affairs to aid us in concluding the procedures of founding the center," he noted.