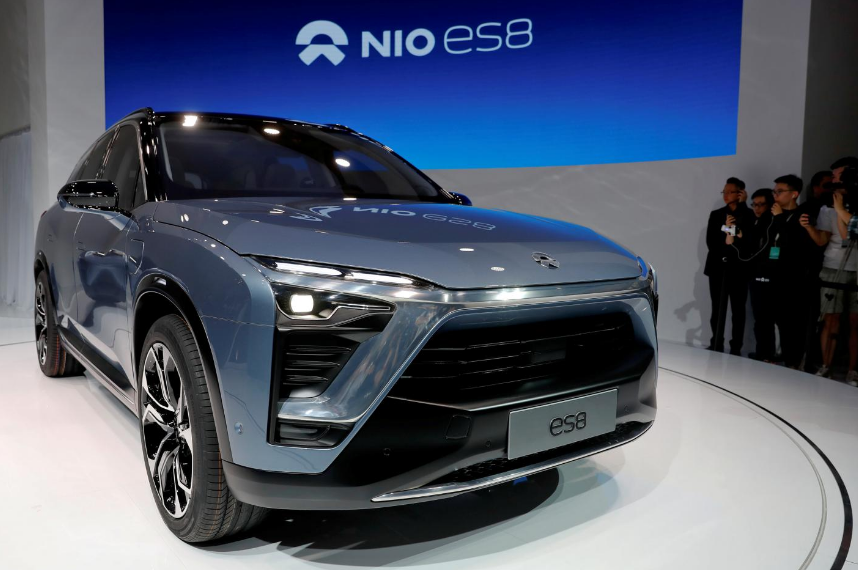 People gather at the booth of Chinese electric vehicle start-up Nio as it unveils its ES8 SUV at the Shanghai autoshow, in Shanghai, China April 19, 2017. REUTERS/Aly Song/File Photo

Chinese electric vehicle startup Nio has raised more than $1 billion in its latest fundraising round, led by existing investor Tencent Holdings Ltd, valuing the firm at about $5 billion, two people with knowledge of the matter said.

The fundraising comes as Beijing has been promoting electric vehicles in its battle with urban smog, with startups flooding the market after it opened up the sector to investment from technology firms and other backers outside the industry.

It marks a hectic news week for Tencent, Asia’s second-most valuable company with a market capitalization of around $475 billion.

Snap Inc said on Wednesday that Tencent had taken a 12 percent stake in the messaging app. A day earlier, Tencent’s e-book unit China Literature Ltd saw its shares surge more than 80 percent in their debut.

Tencent, CITIC Capital and Baillie Gifford didn’t immediately respond to requests for comment on the Nio fundraising. Nio declined to comment. Lone Pine Capital was not immediately available for comment outside of normal business hours.

The sources declined to be named as the financing plans were not public. 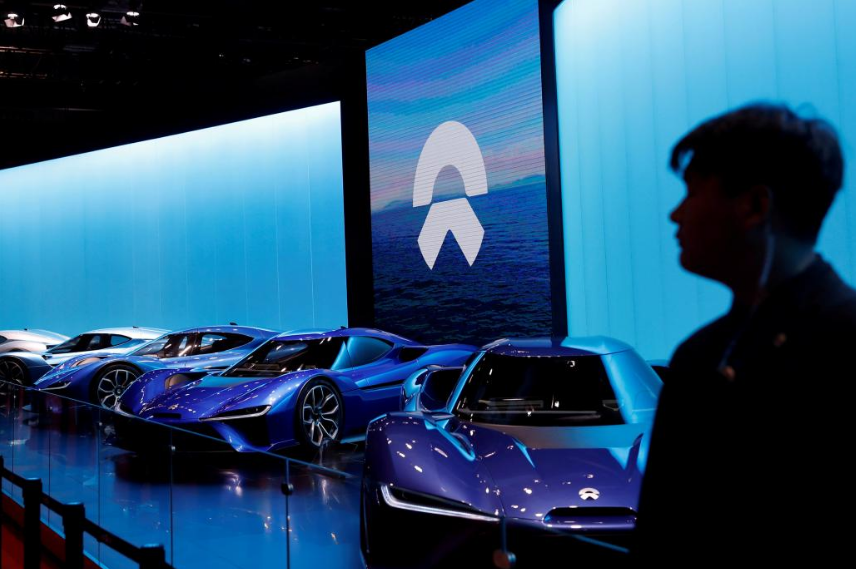 A man is silhouetted in front of Nio cars at the auto show, in Shanghai, China April 20, 2017. REUTERS/Aly Song/File Photo

Nio, formerly known as NextEV, is also among the first of a raft of Chinese electric vehicle firms to launch a production vehicle, with many so far only showing concept cars.

Its first mass production car - the ES8 pure-electric, seven-seat sport-utility vehicle is set to be released in mid- December, according to the company. Chairman Li told Reuters in April that the model would offer more features than the Tesla Model X at a lower price.

Nio has also vowed to bring an autonomous electric car to the U.S. market by 2020. The firm said in April it was teaming up with China’s fourth-largest automaker Chongqing Changan Automobile to form a joint venture to cooperate on researching and selling electric cars.

It was valued at about 20 billion yuan ($3.02 billion) when it raised $600 million in March, according to Chinese media reports at the time.