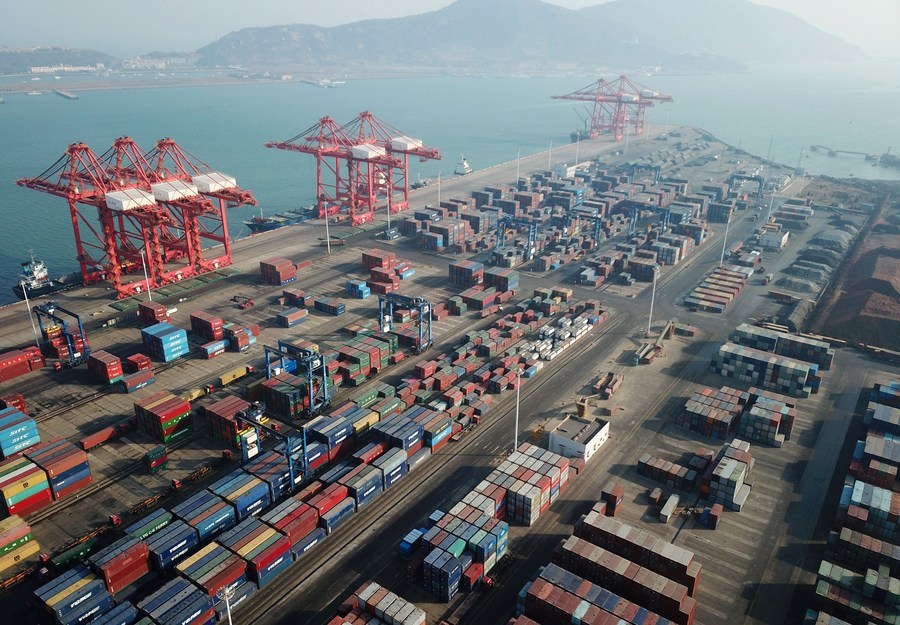 China has what could be one of the most unprecedented stories of economic development in recent history, UN agency UNCTAD said on Tuesday.

In the last 25 years, the country's economy rapidly expanded, lifting more people out of poverty than anywhere else in the world, according to a report from the United Nations Conference on Trade and Development.

China's share of global trade stood at less than 1 percent at the end of the 1970s, and it began a set of reforms to upgrade its economy and open up to the world at that time.

China's accession to the WTO in 2001 enabled it to dramatically expand its exports to the rest of the world. By 2010, China was already the world's undisputed export champion, the agency said.

The country's importance to global production in most sectors, from precision instruments and industrial machinery to computers and smart phones, has constantly increased during the last two decades.

The agency also noted the COVID-19 pandemic has further demonstrated the keystone role China plays in the global economy, adding high levels of export resilience have afforded China not only a swift export recovery from the pandemic, but also allowed for further gains across a variety of sectors.

The UN agency noted China's share of global trade increased further during 2020 to nearly 15 percent, adding the country's trade recovery from the crisis has been impressive in 2021, as its exports surged by almost 50 percent year-over-year in the first quarter of this year to about $710 billion.

UNCTAD also believes China is likely to remain the world's leading exporter in the near future.