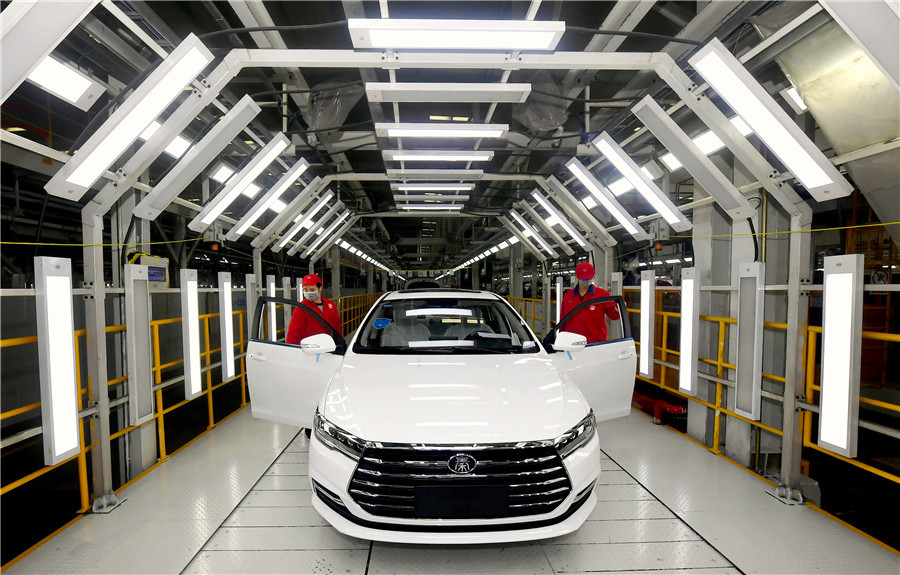 China will endeavor to stabilize new car sales, loosen purchase restrictions in certain cities and invigorate the used-car market in a bid to unleash the consumption potential for cars, an official said Thursday.

As a pillar of the national economy, the auto industry plays a crucial role in boosting domestic consumption and facilitating consumption upgrades, Wang Bin, deputy director of the Department of Market Operation and Consumption Promotion of the Ministry of Commerce (MOC), said at an online press conference.

Due to multiple factors, China's car sales have been falling for two consecutive years. Compounded by the COVID-19 epidemic, sales plunged 42 percent year on year during the first two months of the year.

To prop up the market, the government recently announced a slew of measures to unleash demand.

A State Council executive meeting on Tuesday decided to extend subsidies and tax exemptions for new energy vehicle purchases by another two years, which were set to expire at the end of this year.

Value-added tax on the sale of old vehicles by second-hand vehicle dealers will be decreased to 0.5 percent of the sales volume from May 1 to the end of 2023, the meeting decided.

Liu Changyu, an official with the Department of Foreign Trade of the MOC, said the coronavirus pandemic overseas inevitably affected the country's auto trade and supply chains.

The ministry will help domestic car companies strengthen production and supply monitoring of overseas suppliers, increase orders and inventories, formulate alternative plans and make reasonable arrangements for production, he said, adding that the government will also work to ensure the rapid and smooth customs clearance of core auto parts.

China will strengthen international cooperation to maintain the stability of the global automobile industrial chains and supply chains and blunt the adverse impact of the ongoing pandemic on the whole industry, Liu said.