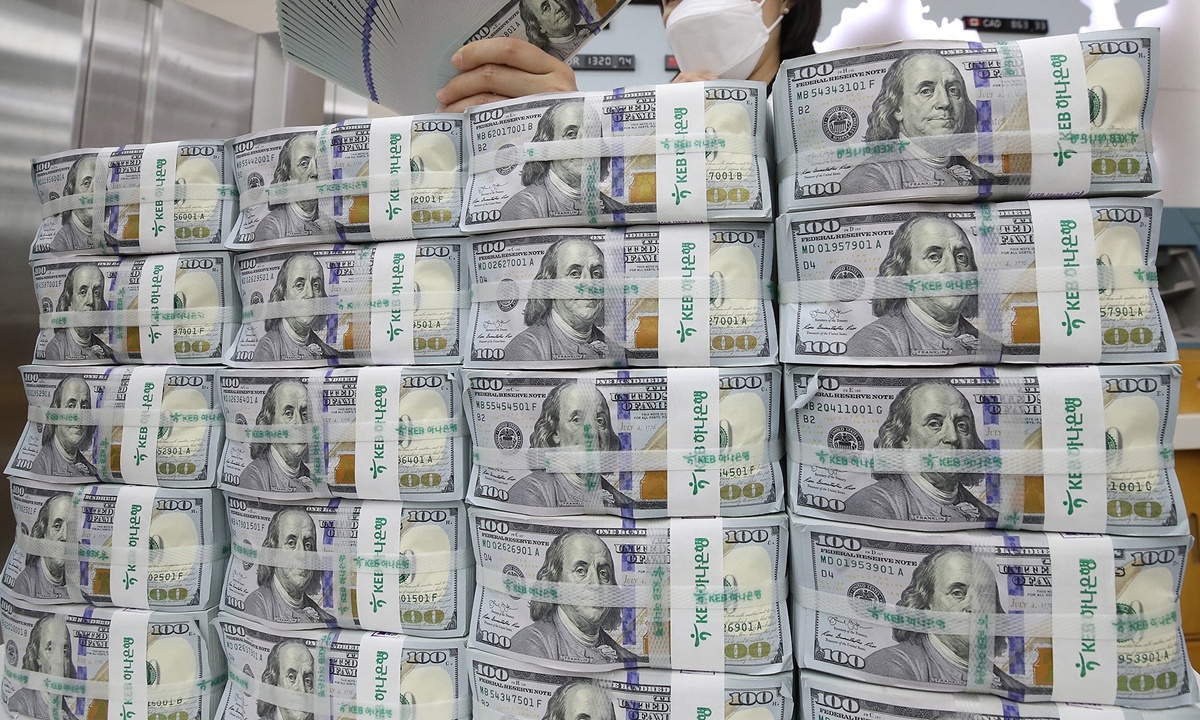 China's central bank announced on Saturday that it will eliminate the risk reserve requirement for financial institutions settling foreign exchange forward yuan positions, effectively lowering the cost for selling the Chinese currency amid its recent stellar rise against the US dollar.

Experts said the move will boost short-term demand for the US dollar, while holding the offshore exchange rate of the yuan against the dollar within a range of 6.8 to 7.2 in the long term.

Starting on Monday, the reserve requirement ratio for settling forward forex sales will be cut to zero from the current 20 percent, the People's Bank of China (PBC), the central bank, said in a statement on its website, noting that the yuan's exchange rate has become more flexible and the foreign exchange market has been stable.

The requirement was introduced in 2015, when the PBC ordered financial institutions to set aside cash when buying foreign exchange for clients through currency forward. In August 2018, the PBC announced that banks must hold risk reserves equal to 20 percent of the foreign exchange forward positions of their clients, in a move to stabilize fluctuation in the yuan's exchange rate.

The yuan has risen rapidly against the US dollar. On Friday, the last trading day before press time, China's onshore spot yuan ended at a 17-month high against the greenback, after its daily reference rate against the dollar was set at 6.7796, strengthening from 6.8101 on the previous trading day.

The elimination of the reserve requirement will lower the cost for companies to buy dollars in the long run, boosting US dollar liquidity and holding the exchange rate of the yuan stable, Tian Yun, vice director of the Beijing Economic Operation Association, told the Global Times.

"The yuan's rate against the dollar has been lifted by the recent monetary loosening by the US Federal Reserve and risk aversion in the global market that boosted demand for the yuan," Tian said.

The yuan's rapid rise has also been underpinned by the economy's resilience and it has basically eliminated the virus. The nation's yuan-denominated exports jumped 11.6 percent year-on-year to 1.65 trillion yuan ($246.46 billion) in August, while its imports edged down 0.5 percent to 1.23 trillion yuan, resulting in a widening of 74.4 percent in the trade surplus.

In the statement released on Saturday, the PBC said that it will maintain the flexibility of the yuan's exchange rate, stabilize market expectations, and maintain the currency's basic stability at a reasonable and balanced level.