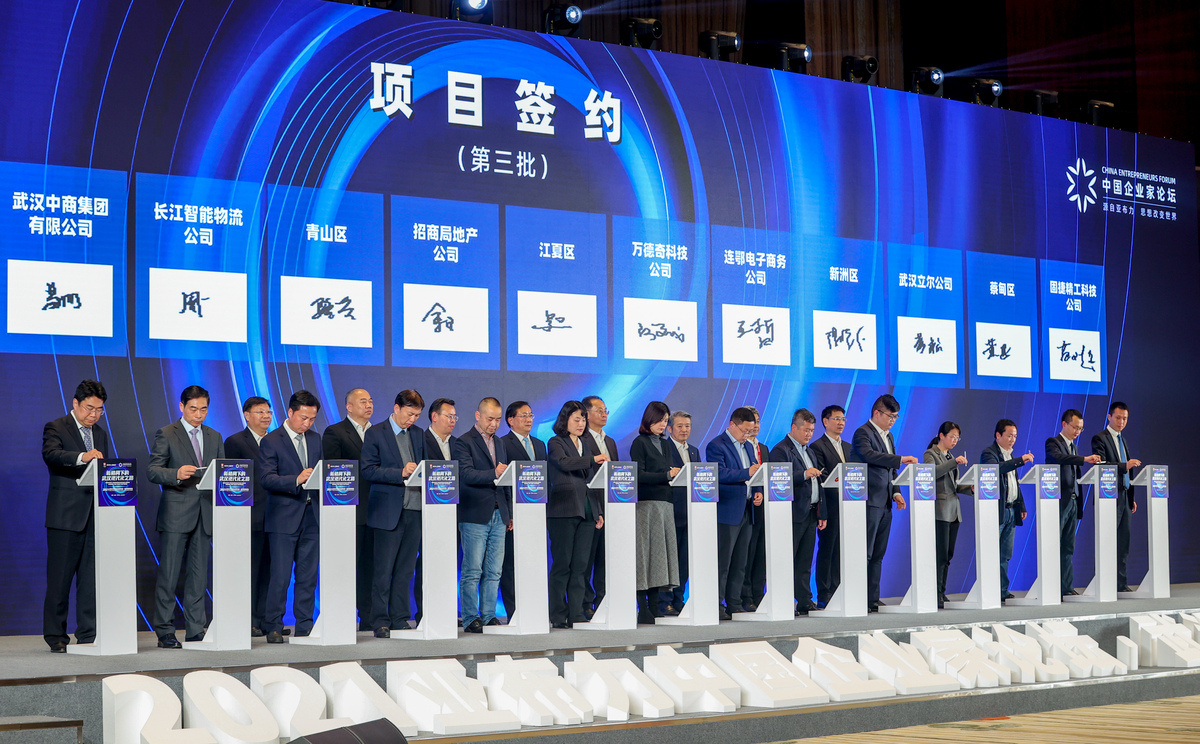 Over a hundred Chinese entrepreneurs are in Wuhan to explore the way for Wuhan's modernization under new pattern and also celebrate the one year anniversary of the lifting of lockdown of the city on April 7.

Wuhan proposed to build itself into the country's economic center, scientific and technological innovation center, trade and logistics center, an international exchange center and a regional financial center, under the Outline of the 14th Five-Year Plan (2021-25) for Economic and Social Development.

The Chinese entrepreneurs are optimistic about the future of Wuhan in and are dedicated to invest more in the city, as well as putting the city in a more important position for their companies' strategic development.

New Hope Group is establishing a cold-chain logistics center warehouse, distribution warehouse and central kitchen system, covering an area of 100 mu (6.67 hectares) with the aid of the position advantage of Wuhan as the country's transportation hub.

Thanks to local government's support, Wuhan Guide Infrared Co Ltd managed to fully master the core technology of infrared chip and obtain their complete intellectual property rights with some key indicators ahead of the world's advanced level.

Huang and some other entrepreneurs are determined to make Wuhan a national city for science and technological innovation, making full use of talents advantages in first-class universities and research institutes in the city.

More money is being invested to boost the city's development in various industries. New Hope Group spent more than 5 billion yuan to buy a land for the company's Central China headquarters base. They not only want to build a landmark building but also a headquarters system in Central China, Liu said.

The company plans to invest 20 billion yuan in Hubei province in three years and the actual investment has reached 10 billion yuan within one year, Liu said, adding that they plan to invest more in meat processing, logistics and commercial areas.

JuneYao Group has developed four listed companies in Hubei and has put Wuhan as their first choice global development layout in five sectors including finance, consumption, health, airlines and education, according to Wang Junhao, president of JuneYao Group.

Wuhan will be the virtual intelligent electric field for smart grid leader Star Charge, which aims to build a "vehicle-mounted Three Gorges" based on the intelligent charging network of electric vehicles in the city, said Shao Danwei, founder of the company.

Yaobuli China Entrepreneurs Forum, one of the most influential platforms for Chinese entrepreneurs to exchange ideas, was founded in 2001, the eve of China's entry into WTO.

It was established to study and identify the impact of China's accession to WTO on Chinese businesses and to establish a bastion for Chinese entrepreneurs to work together and overcome hardships.