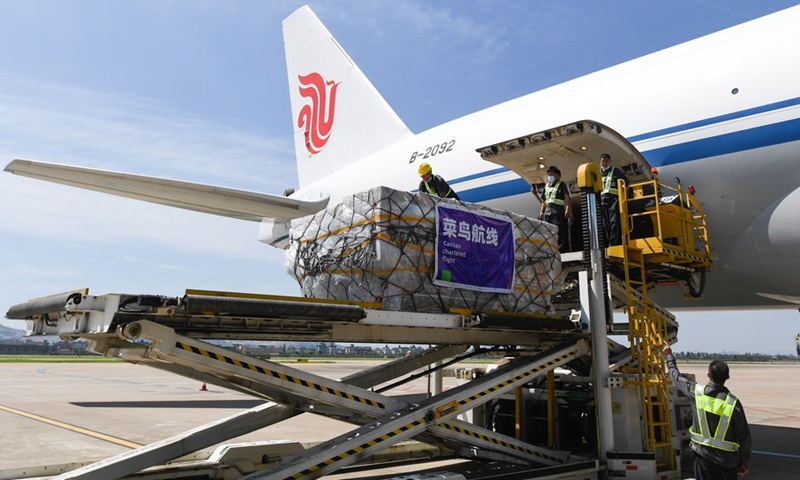 Boeing is optimistic that travels between the US and China will rise once the COVID-19 pandemic is behind us. The virus is the main factor impacting the entire aviation industry around the world. Fortunately, the foundational growth drivers of the economy remain robust, and the company expects the industry to recover strongly in the coming years.

Richard Wynne, managing director for China Marketing with Boeing Commercial Airplanes, made the above remark at a video meeting.

For the time being, the tensions between China and the US are also harassing the company's business, but it is definitely the pandemic which is harming the company more, not the political environment, he said.

"We get confidence from traveling, especially the business travel, but it will take some time to a full recovery. When the market is back, it will also benefit our long-haul wide-body aircraft", he added.

Boeing expects China's airlines to acquire 8,600 new airplanes valued at $1.4 trillion and commercial aviation services valued at $1.7 trillion over the next 20 years, reflecting an expected robust recovery after the COVID-19 pandemic is finally controlled.

China's rapidly growing middle class, increased economic growth and growing urbanization are all factors in Boeing's forecast, suggesting the country will lead passenger travel globally in the next few years.

Since 2000, China's commercial jet fleet has expanded sevenfold, and approximately 25 percent of all aviation growth worldwide in the last decade has come from China market. Boeing forecasts this trend will continue over the next 20 years.

In the wide-body market, Boeing forecasts demand for 1,590 deliveries by 2039 in China. Wide-body airplanes will account for 18 percent of China's deliveries during the 20-year period, down 4 percent from last year's forecast due to an anticipated slower recovery in global long-haul traffic.

"Not only has China's recovery from COVID-19 outpaced the rest of the world, but also continued government investments toward improving and expanding its transportation infrastructure, large regional traffic flows, and a flourishing domestic market mean this region of the world will thrive," he added.

When will the 737MAX return to service in China is also a hot topic of discussion in the industry.

"We are confident in the performance and operational efficiency of the 737MAX, and currently have no plans to develop new models to replace it," he added.

China's aviation regulator said in October that there's still no timetable for the return to service for 737 MAX, and it will not consider approving the aircraft until there is a clear investigation result from the two tragic accidents associated with the plane.

The Civil Aviation Administration of China said that the aircraft will need to regain its airworthiness certification and have pilots thoroughly trained before the plane can return to service.

The US Federal Aviation Administration (FAA) revoked Boeing's authority to issue airworthiness certificates to new 737 MAX airplanes manufactured since the grounding in 2019, and said it will perform in-person individual reviews of the aircraft.

CNBC Tuesday reported that Boeing reported more cancellations of its beleaguered 737 Max jets, just as regulators wrap up evaluation of changes Boeing made to the planes after two 737 Max crashes killed 346 people and prompted a worldwide grounding of the jetliners in March 2019. That review will wrap up in the "coming days."

But Wynne believes that once the 737MAX series aircraft resume market operations, it will have the opportunity and ability to gain a good market share, and the company is still confident in the competitiveness of 737MAX.