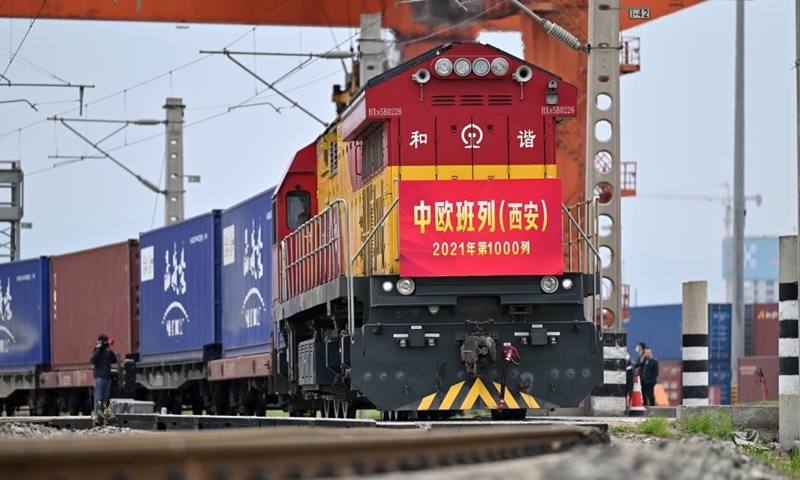 China saw 1,352 China-Europe freight transported in July, up 8 percent year-on-year, making more than 1,000 train runs in a single month for 15 consecutive months, according to data from China Railway.

The number of freight runs has guaranteed stability and smooth flow of the international industrial supply routes, China Railway said in a released sent to the Global Times on Friday.

The railway department said it is accelerating the expansion and renovation projects in Manzhouli in North China's Inner Mongolia Autonomous Region, and Alashankou in Northwest China's Xinjiang Uygur Autonomous Region, in a bid to increase transport capacity and operational efficiency.

The China-Europe freight traffic volume via the west, central and east corridors increased by 44 percent, 18 percent, and 35 percent respectively year-on-year in the first seven months of this year, the department said.

Southwest China's Chongqing Municipality, a major hub for China-Europe freight trains, saw 1,359 trips over the first half of the year, up over 50 percent year on year, according to local authorities.

The number of China-Europe freight trains via the port has reached 7,187 at the end of July, carrying 610,000 twenty-foot equivalent units (TEUs) worth of goods.

China-Europe rail freight boosts stability, efficiency, wide coverage, and is largely unaffected by seasonality and climate, and it has become a major bridge connecting Eurasia, according to market watchers.