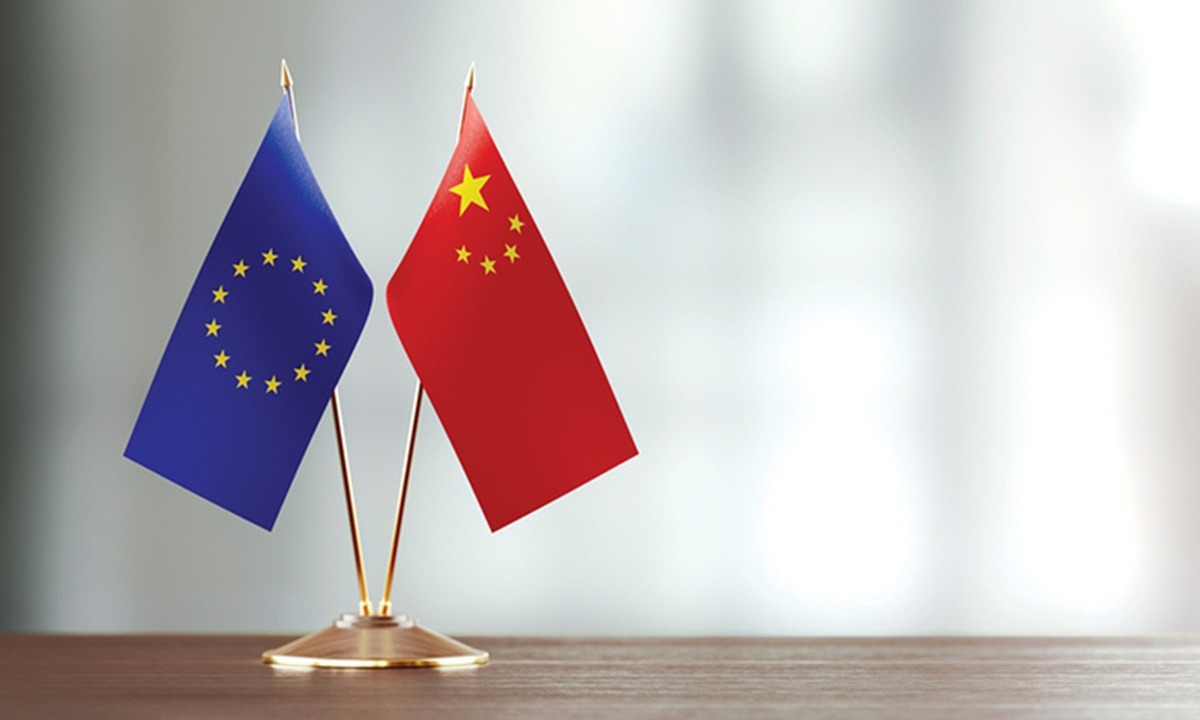 Senior Chinese and EU officials held their first high-level dialogue on digital cooperation and had what both sides described as "constructive" discussions on cooperation in digital technology, information and communication technology standards, artificial intelligence (AI) and other topics.

The high-level dialogue via video link between Chinese Vice Premier Liu He and European Commission Executive Vice-President Margrethe Vestager was held before a leaders' summit next week, when discussions on those areas will likely continue, as digital tech  has become both an opportunity and a point of friction.

The meeting "attained the results expected," Xinhua reported, noting that the meeting was in preparation for the summit between leaders of China, Germany and the EU next week.

Vestager also said in a statement that the dialogue was held in "a constructive atmosphere."

"The EU and China will both play a role in defining how global technological developments will go forward. The dialogue is therefore necessary to foster cooperation, but also to address divergences we have," Vestager said in the statement.

While the two sides have been maintaining dialogue at the technical level on telecom and digital policies and regulatory issues for years, the virtual meeting on Thursday marked the first high-level dialogue, underscoring the importance both sides attach to the increasingly crucial digital technology.

Digitization has become a global trend that could bring profound changes to life and economies, but the US, under President Donald Trump, has launched a crackdown campaign on China in internet, telecom and other areas, undermining global cooperation. The US has been persuading and even pressuring some European countries in joining its crackdown on Chinese telecom firm and global 5G leader Huawei.

Pan Yuanyuan, an associate researcher at Institute of World Economics and Politics of Chinese Academy of Social Sciences, told the Global Times on Thursday that "amid US' digital hegemony, cooperation between EU and China in the digital sector has become more significance."

While the EU has few homegrown internet giants like Google and Facebook, it does not want US firms to have too much power in its markets, Pan said. "Fast rising apps from China like TikTok have balanced the competition and brought more opportunities," Pan noted.

During the meeting on Thursday, both sides said they should "seize on the opportunities and seek common ground while reserving differences to push for continuous real results from pragmatic cooperation in digital area," according to Xinhua.

There are broad prospects for China-EU cooperation in the digital sector thanks to the high complementarity of the two major economic powers, Pan noted.

"The EU has hoped to find a breakthrough for its economic growth and foster as many unicorn firms as China and the US, the two dominant players in the digital sector, thus it needs to strengthen ties with China in the sector," Pan said.

China has so far developed its digital economy in a mature way and taken a leading role in terms of high technologies including algorithms. China also attaches great importance to the development of "new infrastructure" and regards digital infrastructure as a key part.

The EU has extensive experience in the digital economy framework and market regulation, which meets China's current needs for solving data security and regulation, said Pan.