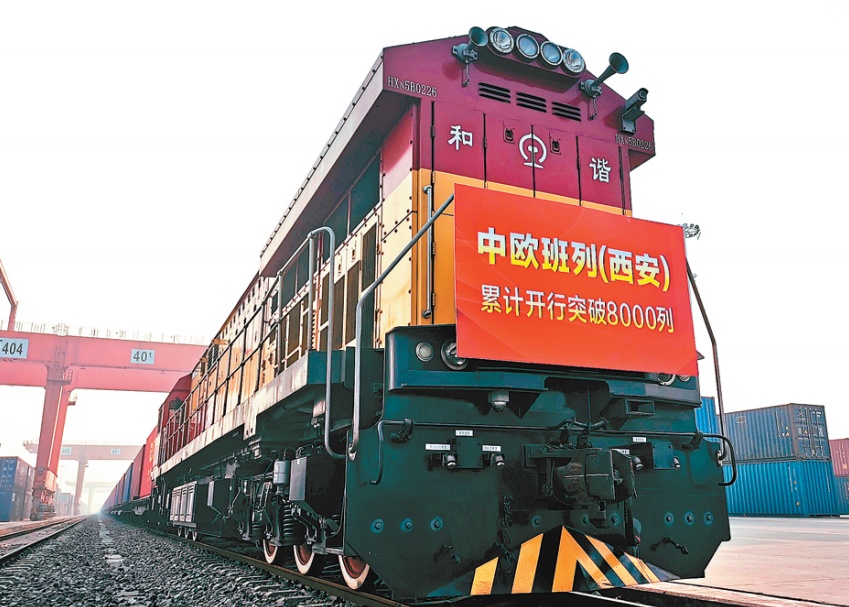 Trade between China and the European Union will witness strong momentum and move to a higher plane after the bilateral investment agreement between the two sides, especially after China became EU's biggest trading partner last year, experts said on Wednesday.

Bai Ming, deputy director of the Ministry of Commerce's International Market Research Institute, said China's pursuit of an open and multilateral trading system has been the pivot for the rapid growth in trade between the two sides.

Eurostat, the European Union's statistical service, said on Monday that China became the main trade partner of the EU in 2020, with exports and imports both increasing despite the COVID-19 pandemic. At the same time, two-way trade in goods with the United States, which had topped the EU's trade partners list until early 2020, saw substantial decline, Xinhua News Agency said in a report.

"Both China and US are key trading partners for the European Union. Yet in recent years China and the US have taken a very different attitude, particularly on trade with the EU," said Bai. He said China has a more open attitude on cooperation with the EU and has been actively promoting bilateral trade in several sectors, while the US has been taking a more unilateral and protectionist approach in its trade ties with the EU.

He said that despite differences in many areas, China and EU managed to find ways to maintain and enhance bilateral relations, which turned out to be crucial for both sides to deal with the economic effects of the COVID-19 pandemic and stabilize trade growth.

It also helped both sides to further the unimpeded exports and imports of medical and other relief resources during the pandemic.

China's total goods imports and exports expanded by a record 1.9 percent on a yearly basis to 32.16 trillion yuan ($5 trillion) last year, while the surge in trade with the EU was more than double the average growth rate, according to Xinhua.

Bai said that the Belt and Road Initiative has played a critical role in promoting trade relations, with the China-Europe Railway Express being a mainstay of trade between the two sides.

"Bucking the trend of a steep decline in global trade, China Railway Express broke the mark of 10,000 trips for the first time," he said. The Express made 12,406 trips in 2020 despite the COVID-19 pandemic.

What added to the economic boost was the conclusion of the seven-year negotiations for a bilateral investment agreement in December. Negotiations on the China-EU investment deal started in October 2013, aiming to reach a high-level agreement on investment protection and market access.

Bai said the agreement will spur trade and investment relations between China and the EU to a higher level and provide institutional safeguards to bilateral trade ties.

"I believe that under the framework of bilateral investment agreement, economic and trade relations between China and EU will expand," he said.

Bernard Dewit, chairman of the Belgian-Chinese Chamber of Commerce, said in an interview with Xinhua that the agreement is "a big step forward." He also said that the compromise reached between the two sides is a good sign, although the draft document is yet to be approved by the European Parliament and national legislatures.

Xu Haifeng, chairman of Bank of China (Luxembourg) SA, said in a recent interview with Xinhua that the conclusion of the negotiations has boosted the confidence of the Chinese business community in the EU. "We look forward to ratification and signing of the accord in coming months, and we hope it can be signed quickly."