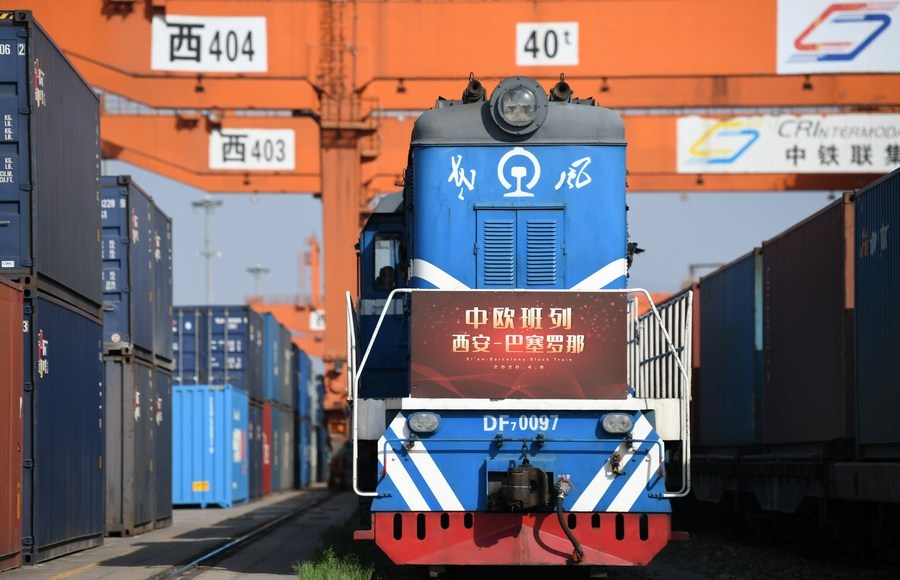 STOCKHOLM, March 1 (Xinhua) -- China-European Union (EU) Geographical Indications (GIs) Agreement took effect on Monday, injecting a dose of stimulus into bilateral trade, and marking another milestone in cooperation between China and the EU.

GI is the label used for identifying the geographical origin of a product, and is also an important type of intellectual property right.

According to the agreement, 100 GIs from each side, involving liquor, tea, food and farm produce, came under protection on the same day, which means consumers from China and the EU could buy authentic specialities of each other without worries about the inferior and fake goods.

"It will provide new impetus to China-EU economic and trade cooperation and be conducive to cementing the foundation, economic- and trade-wise, of China-EU comprehensive strategic partnership," he noted.

"China increasingly recognizes the value of geographical indications: it has a very rich heritage of food and artisanal know-how, and consumers are increasingly looking for guarantees of authenticity," Perrin told Xinhua.

"This agreement will guarantee the protection of 100 EU agri-food GIs on the Chinese market. This is a further step which testifies to the will of the European Union and China to work closely together," Rodolphe Lameyse, chief executive officer of Vinexposium, a wine and spirits events organizer, told Xinhua.

He added that it is important to protect European GI products, renowned for their "quality and diversity," at both EU and global levels "in order to guarantee their authenticity and preserve their reputation for the satisfaction of Chinese consumers."

"The agreement... is extremely important for Europe and China since in return China will be able to use the European logo for its GIs as well. This recognition will allow Chinese producers to benefit from the economic development that a GI allows," Lameyse said.

Wines from the DOQ (denomination of qualified origin) Priorat are among the Spanish brands included in the agreement. Salus Alvarez, president of the DOQ Priorat, told Xinhua, "We aim to show a high level in terms of quality and guarantee of origin, so what this agreement does is consolidate what we are and what we want to become."

According to the Chinese Ministry of Commerce, the agreement will inject new impetus into China-EU economic and trade cooperation, potentially benefiting businesses and consumers on both sides.

"I like a lot of Chinese food in the agreement, and tea has a big market in Italy. As these origins are protected, Italians can purchase Chinese food with greater confidence," Mazzanti added, noting "it is expected that the sales of Chinese food in Italy and Europe will grow rapidly."

Jose Luis Benitez, general director of the Spanish Wine Federation, told Xinhua that he believed the forecasts for wine exports to China are showing a growing trend.

HUGE POTENTIAL TO BE TAPPED

In addition to the 100 GIs protected from each side respectively, 175 additional products from each side will be added to the GI list in the upcoming four years.

In the extended list, GIs such as Xuan Paper, Huangmei Cross-stitch, Shu Brocade, and Qingshen Bamboo Weaving that represent traditional Chinese culture will also be included, potentially contributing to bilateral exchanges of culture as well.

Analysts believe that the huge potential of the agreement is of special significance especially against the current backdrop of uncertainties characterized by unilateralism, trade protectionism, and the ongoing COVID-19 pandemic.

Among the EU's 175 products that will be included in the list are wines from the northeastern Spanish Priorat region, which are internationally recognized for their quality.

Although the impact of the pandemic has dampened the growing commercial ties between Priorat wine sellers and the Chinese market, Alvarez is confident that business will soon pick up.

"We predict that 2021 will see a reunion with the Chinese market and the link that is being established in terms of friendly relations and of trust is very strong," he said.

Polish Vodka has also been included in the list of the 100 European geographical indications under protection in China. "China is an enormous market and a great opportunity for producers of Polish Vodka," Andrzej Szumowski, president of the Polish Vodka Association, told Xinhua.

"The Chinese market has enormous growth potential when it comes to food and drink from Europe," Szumowski stressed.