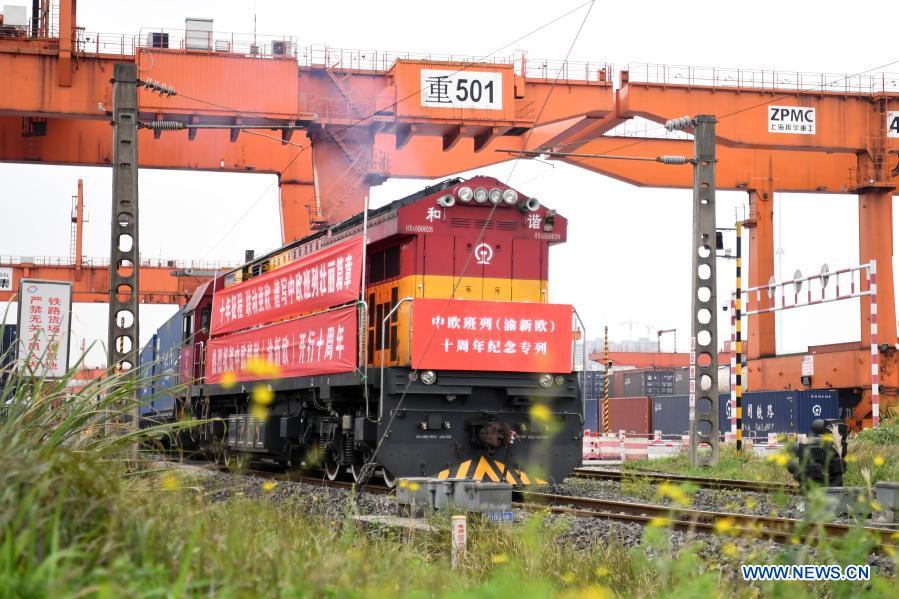 The route has so far transported 445,100 international parcels, weighing 6,171 tonnes with a value of nearly 300 million U.S. dollars, since Chongqing was approved to transport these via railway in 2016, the China Railway Chengdu Group Co., Ltd. said.

"The Yuxinou railway is the earliest route of China-Europe freight train services with the most train trips made," said Zhang Xin, head of the departure station of the Yuxinou, Tuanjie Village Station.

As the COVID-19 pandemic blocked sea and air transport last year, leading to over 1,500 tonnes of backlogs of international parcels across China at one stage, the China-Europe freight train has served as a lifeline for international trade.

In 2020, the freight trains made 12,400 journeys nationwide and transported nearly 1.14 million twenty-foot equivalent units (TEU) of cargo, up by 50 percent and 56 percent year on year, respectively.