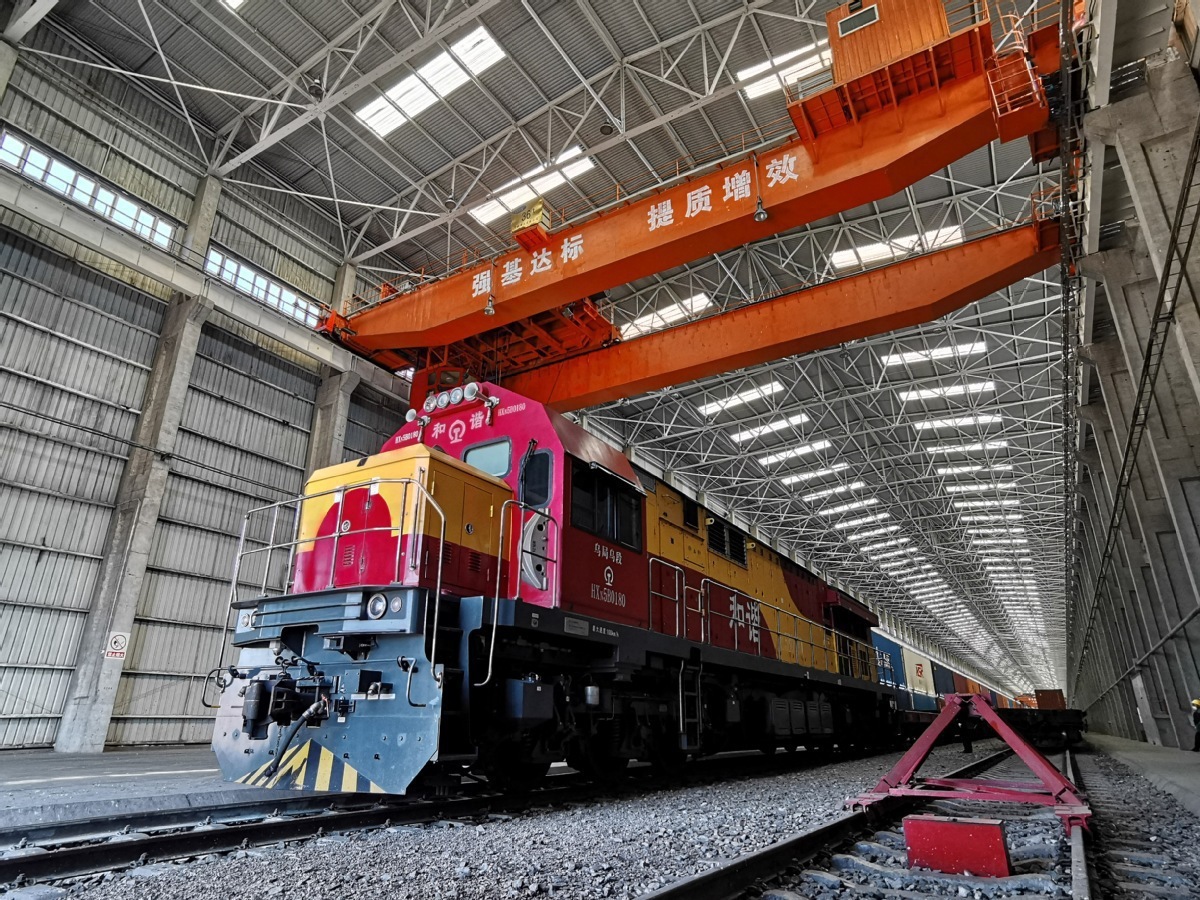 URUMQI - A total of 4,000 China-Europe freight trains have traveled through the Alataw Pass, a major land port in Northwest China's Xinjiang Uygur autonomous region, this year, hitting a new high.

The Alataw Pass launched the China-Europe freight train service in 2011. At present, there are 22 lines running through the pass, reaching 13 countries such as Germany and Poland.

During the COVID-19 pandemic, a large number of epidemic prevention supplies and cross-border e-commerce packages have been loaded on China-Europe freight trains, and goods that used to be carried by sea and air were also sent on the trains, said Xu Yueheng, a customs officer of Alataw Pass.

China-Europe freight trains have contributed to international cooperation on epidemic prevention and maintained the stability of the supply chain of countries along the Belt and Road, said Xu.

As of Tuesday, the Alataw Pass had handled 2.87 million tons of cargo worth $20.39 billion this year, according to Xu.