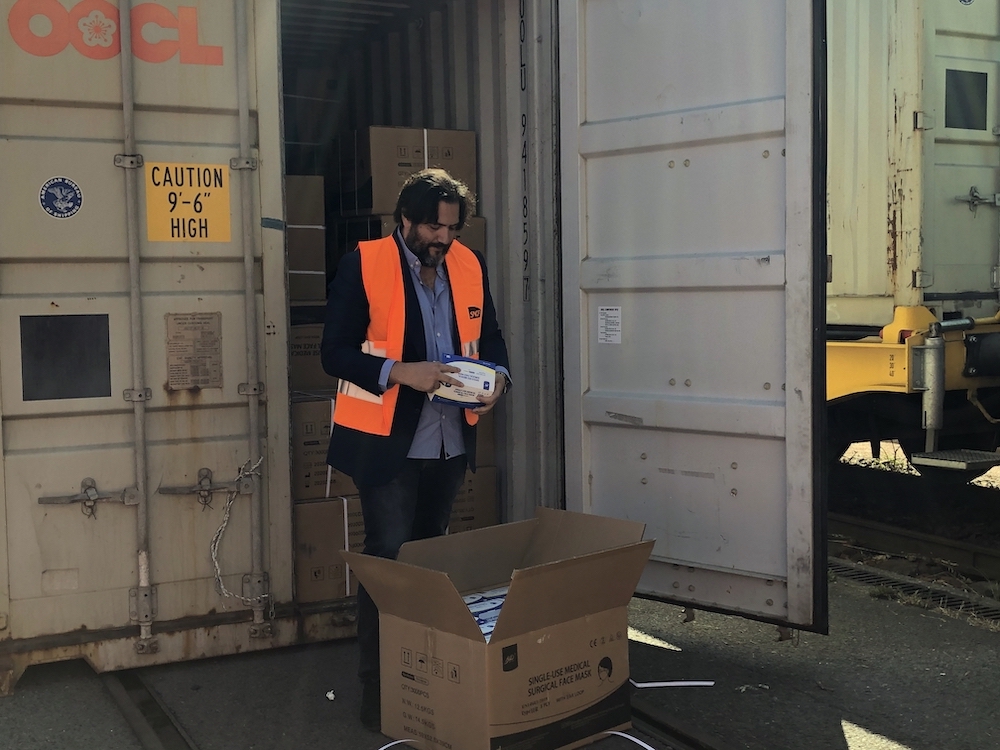 Paris (People’s Daily) - After a 19-day journey, a China-Europe express train loaded with masks and other medical equipment arrived last Tuesday morning in Paris. This is the first freight train dedicated to transporting protective materials against COVID-19 directly from China to France.

Departing on June 4 from the city of Nanchang in eastern China, the train traveled 11,920 kilometers through seven countries before delivering some 20 million medical masks, gloves, gowns, gel dispensers and other protective equipment to hospital staff.

The special freight train was the fruit of cooperation of China’s COSCO Shipping, Forwardis, a subsidiary of SNCF (France's national railway company) Logistics, and BIFP, a distributor of the Hygial brand.

The journey was twice as fast as by sea, and cheaper than air delivery. According to the staff, the train followed the southern transit route through Kazakhstan, which is operated by Eurasian rail company UTLC.

Forwarding on the territory of China was provided by Chinese companies COSCO Shipping and CRCT, and on the territory of 1,520 gauge area by Russian Railways Logistics (RZD Logistics). When entering Europe, SNCF Forwardis continued the relay. The coordinator of negotiations between the partners in China and Europe was FELB, a subsidiary of RZD Logistics.

“The first train with medical supplies arrived in Paris, which is not only up to meet the demand and needs of consumers and the market, but also embodies the friendship between France and China to help each other and fight the epidemic together,” Vladimir Silberman, general director of BIFP, told People’s Daily.

For him, this attempt also proved that the China-Europe freight train has great advantages and potential, and created an opportunity for France and China to expand cooperation and boost trade.

Initiated in 2011, the China-Europe rail transport service is seen as an important part of the Belt and Road Initiative to enforce trade between China and the countries participating in the program.

Yao Hongzhi, general manager of COSCO Shipping Lines in France, said that the customs clearance capabilities and freight organization capabilities of countries and regions along the route of China-Europe trains have been significantly improved over the years. “At present, the world is stepping up anti-epidemic cooperation, and China-Europe trains have obvious advantages in transporting anti-epidemic supplies.”

Nicholas Giraud, SNCF Director of International Rail Freight, told People’s Daily that this special train has special meaning as it connects France and China in this health crisis. “This is a good start, and a second train will arrive in France later. We are looking forward to it.” said Giraud.