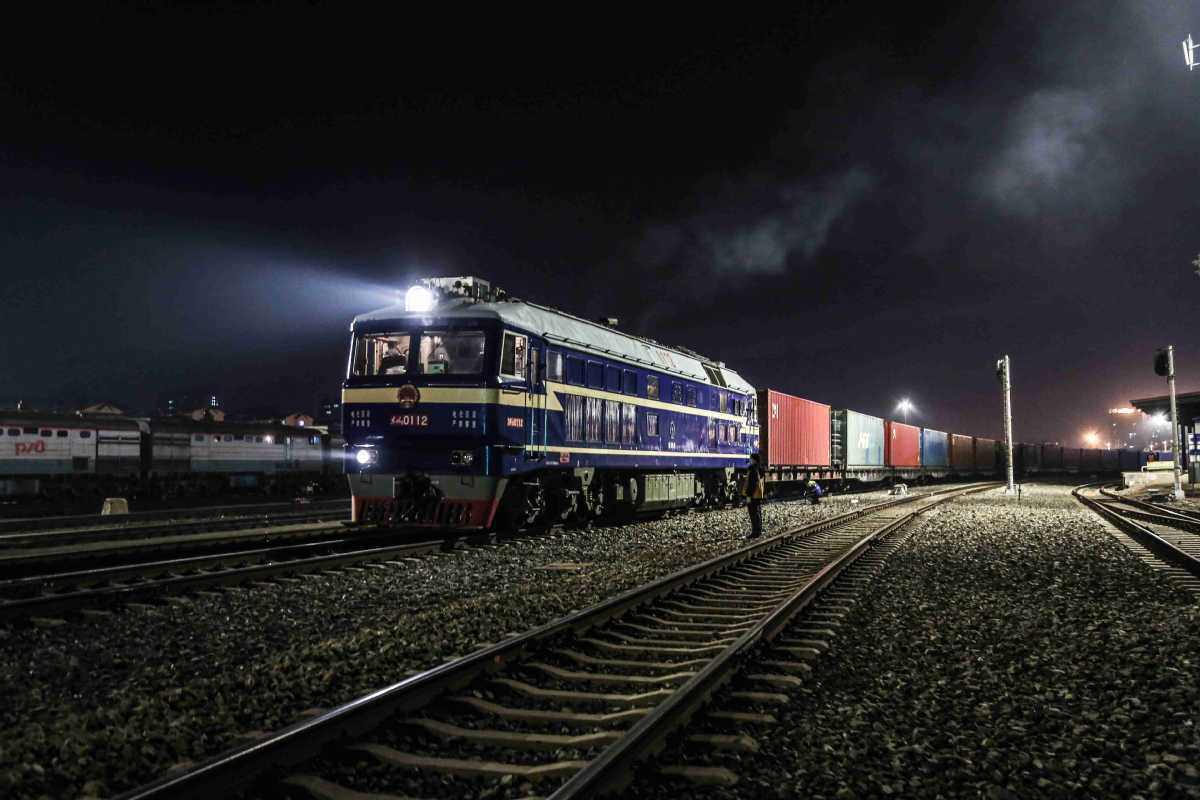 "This is the 19th China-Europe train that departed from the city of Daqing for Ghent this year," said Sun Bingshui, the train driver. Daqing is a city in Northeast China's Heilongjiang province.

So far, train X8031 has transported 2,346 cars to Europe since the beginning of this year.

"The cars we produce are transported from Daqing to Ghent via China-Europe trains, which can save up to 30 days compared to the usual sea freight," said Lyu Leyang, deputy general manager of Daqing Volvo Car Manufacturing Co Ltd. "The trains have greatly improved our efficiency."

A total of 52 China-Europe train routes connect the two regions through Manzhouli, the largest land port on the China-Russia border, and the trains can reach 28 cities in 13 European countries.

China-Europe trains are managed by China State Railway Group Co Ltd. Despite the COVID-19 epidemic, trains are plying smoothly, and helping countries and regions along the Belt and Road to cope with the outbreak, stabilize trade and recover production.

From January to May, both the number of freight trains and the quantities of goods have surged. During this period, 12,524 tons of anti-epidemic materials were transported to Europe.