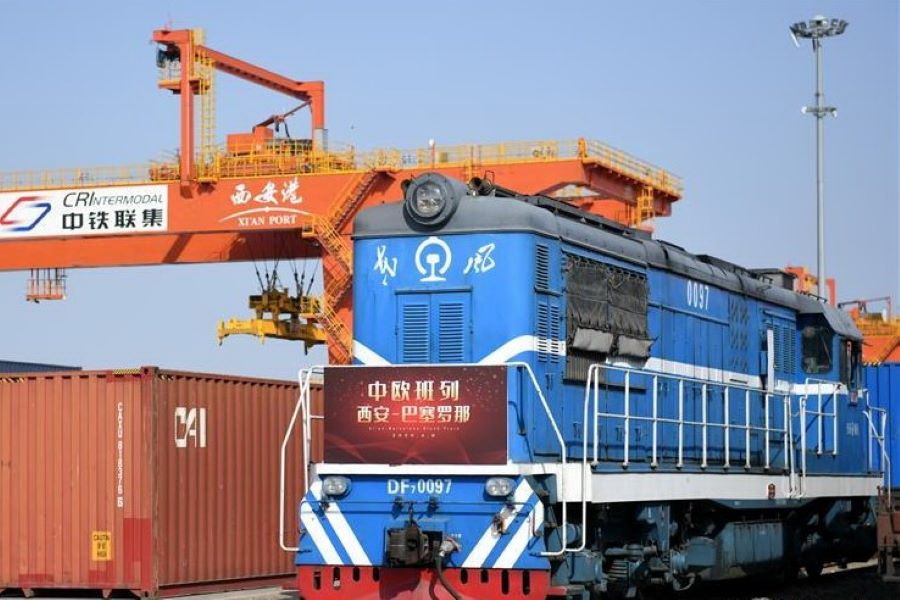 The freight train departs from Xi'an to Europe on April 8, 2020. (Photo: Xinhua)

BEIJING, Aug. 9 (Xinhua) -- The number of China-Europe freight trains rose significantly in July, with a record 1,232 trains being put into operation, up 68 percent year on year, according to the China State Railway Group.

It marks the third month in a row that the figure surpassed 1,000 and the fifth consecutive month that it enjoyed double-digit growth, the company said.

The freight trains have played a crucial role in helping stabilize the international logistics supply chain, with cargo sent by the trains soaring 73 percent year on year to 113,000 twenty-foot equivalent units last month.

Demand for China-Europe freight trains has shown strong momentum as the country's economy has gradually recovered from the fallout of the COVID-19 epidemic.

By the end of July, anti-epidemic supplies amounting to 4.97 million items and weighing 39,000 tonnes were sent by the freight trains.