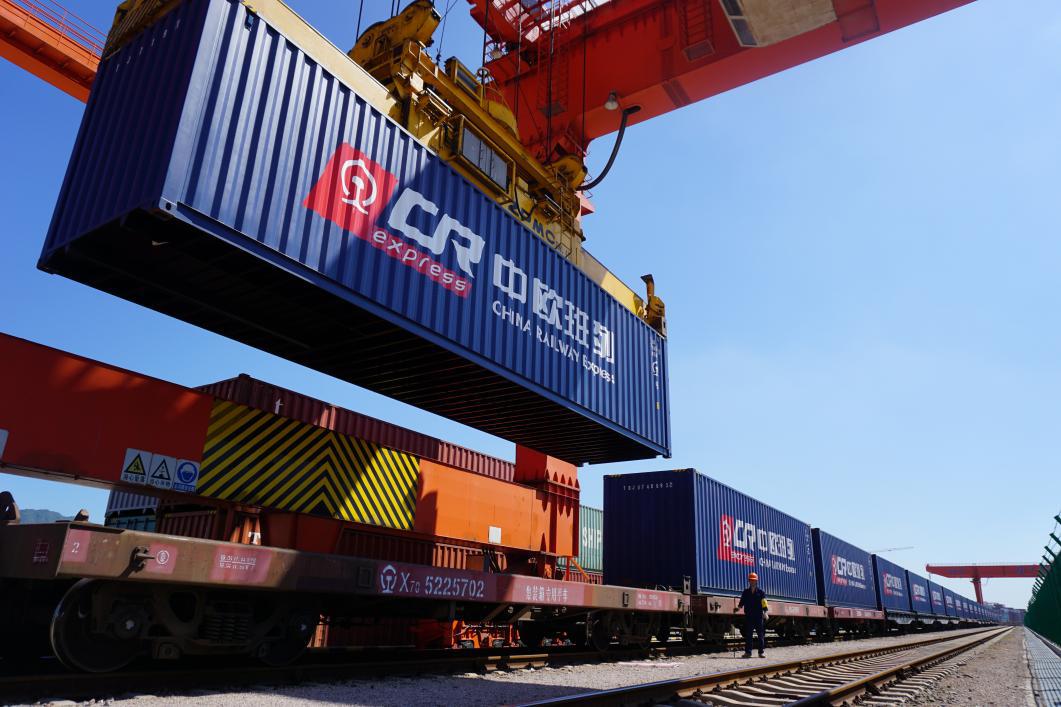 “The freight rate from station to station in early 2020 was around $2,000 a wagon, but now the platform company is basically quoting $8,000 to $9,000," said Yang Jie, senior coordinator of the Asia-Europe land bridge international freight train coordination service center, at the China Communications and Transportation Association.

The China-Europe Railway Express has played a key role since the onset of the pandemic last year. A total of 12,400 trips were made between China and Europe, transporting 1,135,000 standard containers, a year-on-year increase of 50 percent and 56 percent respectively, according to the China State Railway Group.

Analysts say the increase is a breakthrough for international rail transport. It is attributed to China’s increasing exports, and diminished sea and air transport capacity due to the COVID-19 pandemic.

Meanwhile, major appliances, fitness equipment, beauty products, auto parts and other goods arriving in Europe via China-Europe freight trains take only one-third of the shipping time and one-quarter of the cost of air transport.

According to industry insiders, China-Europe freight trains are more economical and efficient compared to sea and air transport. The China-Europe Railway Express is widely expected to play an increasingly important role in the post-pandemic era.

The Yuxinou (Chongqing-Xinjiang-Europe) railway was put into operation in March 2011, marking the start of China-Europe rail transport service. Since its launch, the cargo train service has opened service in 71 cities in China, with a total of 70 departure and return routes between China and European countries.