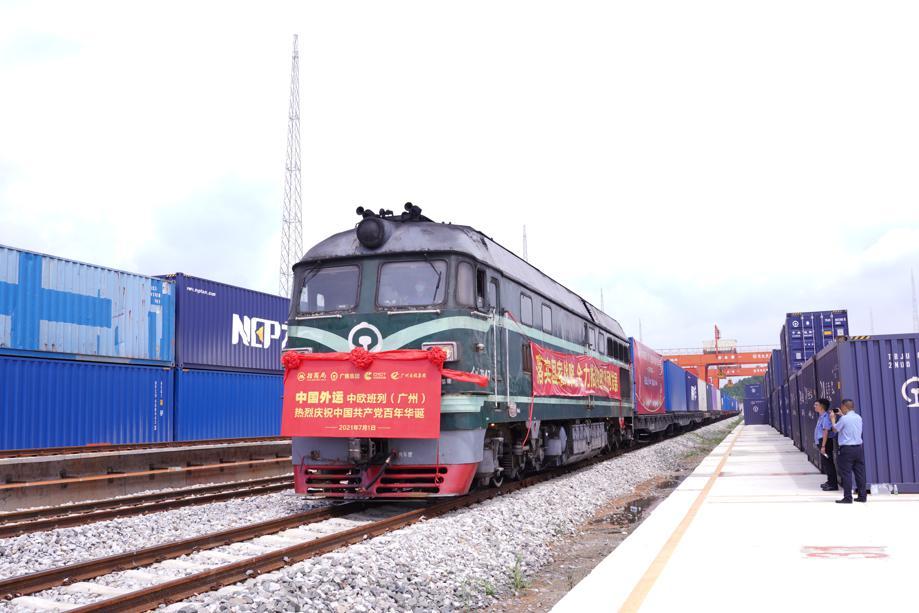 The number of China-Europe freight trains departing from the Guangdong-Hong Kong-Macao Greater Bay Area has increased dramatically since early this year, according to the China Railway Guangzhou Group Co Ltd.

As of Wednesday, the freight trains, which increased 83.4 percent year-on-year in running since January this year, helped transport 106,700 tons of daily necessities and industrial materials to Central Asian and European countries and regions.

In a latest development, a train bound for Duisburg of Germany left Dongguan, a traditional manufacturing and trade hub in Guangdong province, on Wednesday.

The train, carrying electronic equipment and garments made in Guangdong, became the 200th freight train departing from the Greater Bay Area to Europe since early this year.

According to Deng, the freight train takes only about 15 days to transport goods from Guangdong to Europe, compared with the time of 45 days by shipping.

More than 340 freight trains are expected to run from Guangdong to Europe this year, an increase of at least 30 percent year-on-year, according to Qiu Jiasheng, a manager of the Guangzhou Freight Center, which is affiliated with the China Railway Guangzhou Group.

Thanks to its advantages of safety, swift speed, environmental protection, low cost and less contact, China-Europe freight trains have provided goods trade in Central Europe with a safe transportation channel, he said.

"The trains have played an important role in the fight against the COVID-19 pandemic, helping to greatly stabilize the international supply chain," Qiu said.

Lin Xi contributed to this story.