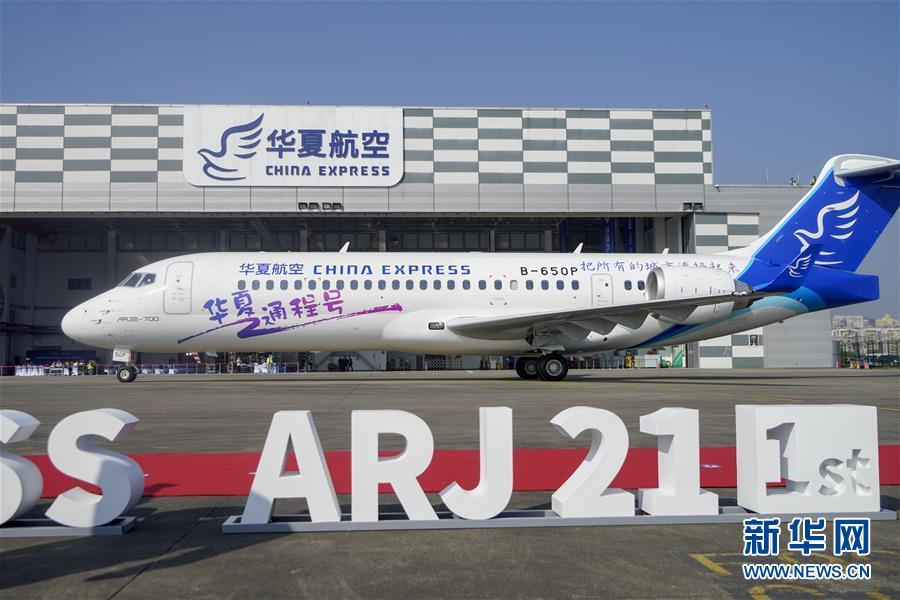 The plane will join the fleet of China Express and sustain the airline's progress in regional air transport, said the Commercial Aircraft Corporation of China (COMAC).

This is the 39th ARJ21 aircraft delivered into the market since the first one was put in service in 2016. The delivery shows the plane has gained recognition from more customers after more than four years of commercial operations, COMAC said.

Seven carriers are currently flying the ARJ21, China's first turbofan regional passenger jetliner. With a capacity of 78 to 90 seats and a range of 3,700 km, it can fly in alpine and plateau regions and adapt to varying airport conditions. They are serving on 86 routes that connect 64 cities.

Headquartered in Chongqing, China Express focuses on regional air transport, having opened 165 air routes, among which 95 percent are regional routes.

The ARJ21 aircraft will supplement the China Express fleet, enhance its capacity and help further improve its air route network. The airline's operation experience in the regional aviation sector will also boost market performance and recognition of the ARJ21 aircraft, said COMAC.