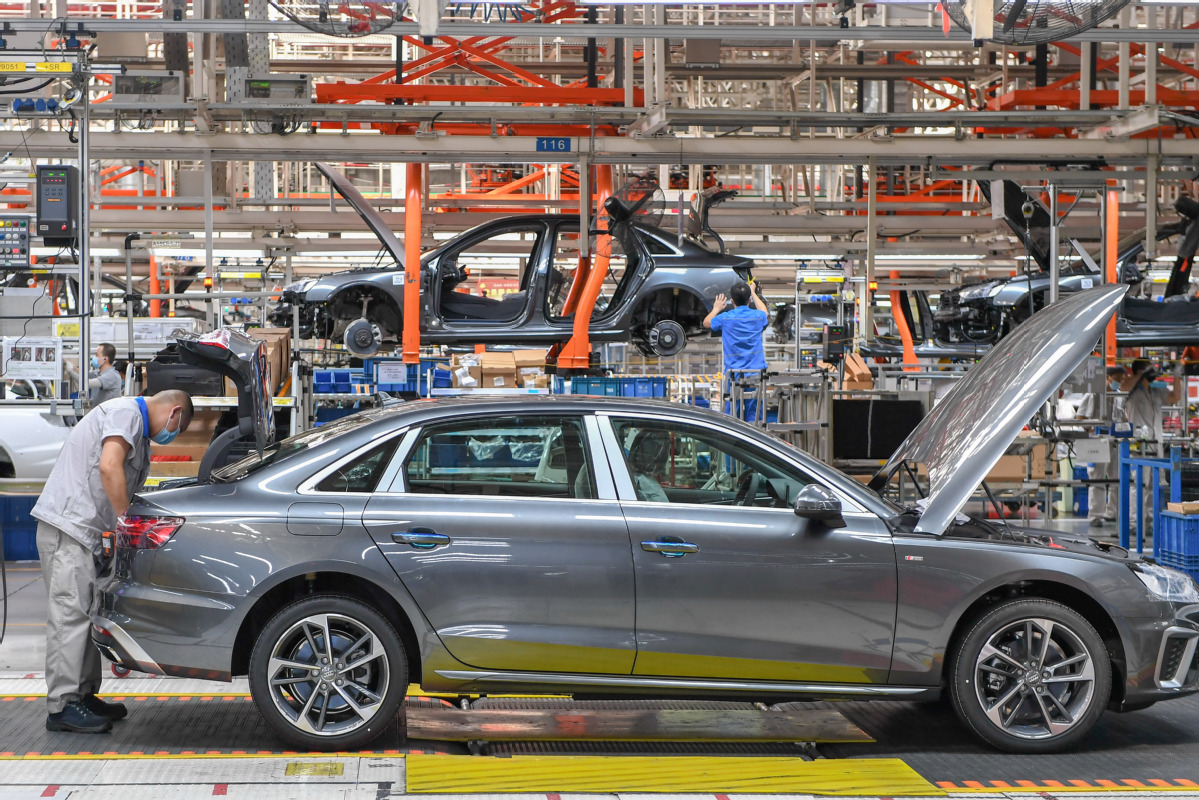 BEIJING -- China is mulling new incremental policies to shore up economic growth and will make further adjustments when necessary, a senior economic official said on Thursday.

"There is sufficient room for fiscal, monetary policy and other policies, and we have various policy tools," Han Wenxiu, the official with the Central Committee for Financial and Economic Affairs, said at a press conference in response to questions on China's economic development.

"We have rich experience in coping with downward pressure on the economy, and will not hesitate to take steps," Han said.

The official's comments follow the Chinese authorities' recognition of mounting downward pressure on the economy, which was addressed at a key meeting of the Political Bureau of the Communist Party of China Central Committee in late April.

The meeting analyzed the current economic situation and economic work, including the rising risks caused by the resurgences of COVID-19 and the Ukraine crisis, and clearly asserted that efforts should be made to contain the epidemic, stabilize the economy and keep development secure.

"All those aspects should be taken into account, and you cannot fix just one at a time," Han said. "It is a quite difficult work."

Calling the epidemic "a tiger in the way" of economic and social development, Han called for scientific, precise and effective measures to prevent and control COVID-19, which is an "essential pre-condition for the normal operation of the economy and society."

Efforts should be made to implement the existing policies in the first half of the year, Han said, adding that the State Council and relevant departments are working on detailed policy steps to help industries, small and medium-sized enterprises and individual businesses that are severely affected by the epidemic.

"China's economy is at a critical moment in overcoming difficulties, and the problems are the growing pains in the development process," Han said. "As long as we strengthen our confidence and rise to the challenges, we will be able to turn those challenges into opportunities, and that is the basic logic of China's economic development."

Chen Yulu, vice-governor of the People's Bank of China, said that, in order to cushion the impact of the epidemic, the central bank has cut the reserve requirement ratio to keep liquidity at an ample level, lowered the financing costs of market entities, and implemented structural monetary instruments.

By the end of March, the central bank had issued 138.6 billion yuan of funds through a supporting tool for carbon reduction, he added.