China is releasing a package of policies more swiftly to enhance the competitiveness of its new energy vehicle (NEV) sector, the Economic Information Daily reported Monday. 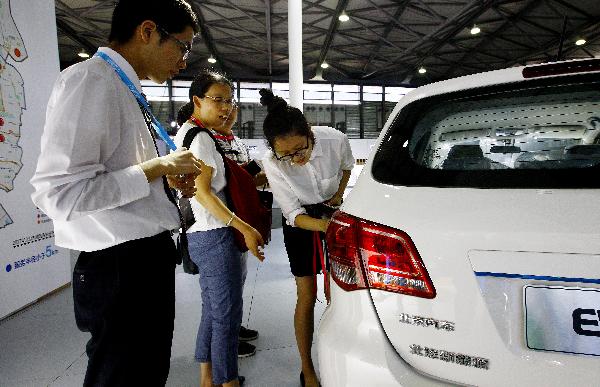 Policymakers are considering a new regulation on auto industry investment, the newspaper cited sources with the National Development and Reform Commission (NDRC) as saying.

Under the new regulation, new manufacturers of electric vehicles are required to have a minimum annual production capacity of 100,000 units, and sustainable development capacity will be a must.

Tighter restriction on diesel and petrol cars will be highlighted in the "most draconian" policy, including suspending new projects and limiting capacity expansion, according to the newspaper.

NDRC official Cai Ronghua said more will be done to facilitate the development of smart NEVs, referring to plans to create a favorable environment for intelligent vehicles.

China has remained the world's largest NEV market for three consecutive years, with some 777,000 cars sold in 2017.

For the first seven months of 2018, China's NEV production rose 85 percent year on year to 504,000 units, while sales jumped 97.1 percent to 496,000 units, data from the China Association of Automobile Manufacturers showed.