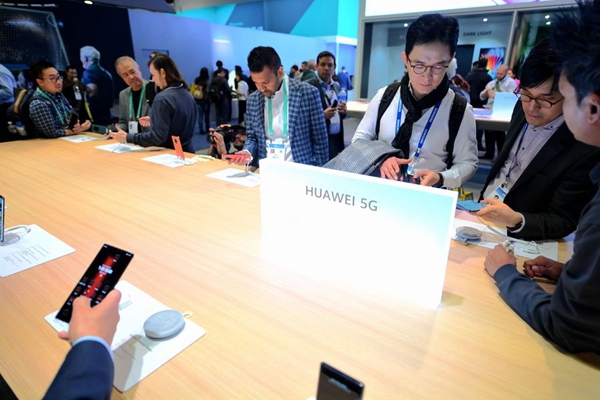 Visitors experience 5G products at the booth of Huawei at the 2020 Consumer Electronics Show in Las Vegas, the United States, Jan. 7, 2020. (Photo: Xinhua)

The U.S. Department of Commerce announced Friday that it will impose new restrictions on Huawei's acquisition of semiconductors.

The United States has used state power to persistently suppress and contain a specific foreign firm in the name of national security and abused export controls. It is a violation of market principles and fair competition, a disregard for basic international economic and trade rules, and a severe threat to the security of global industrial and supply chains, according to the spokesperson.

"The move not only undermines Chinese and U.S. firms' interests, but also hurts the interests of enterprises from other countries," the spokesperson said.

The Chinese side urges the U.S. side to immediately cease such actions and create conditions for normal trade and cooperation between enterprises, the spokesperson said, adding that China will take any necessary measures to defend Chinese firms' legitimate rights and interests.