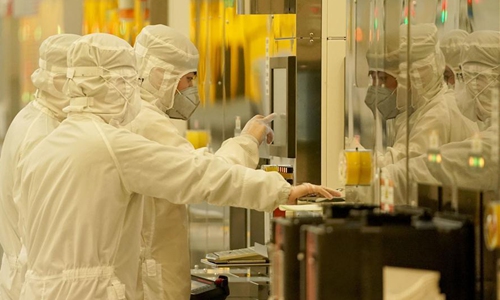 With the positive signs emerging in the fight against the novel coronavirus pneumonia (COVID19), China is scrambling to restore business operations as the provinces, municipalities, and autonomous regions have issued supportive policies for enterprises to revive production quickly.

A report issued by the Shanghai Institutes for International Studies lauded timely adjustments of the national strategy and measures in epidemic control.

It said "unceasing inflow of all types of resources is ushering in a turning point in the fight against the epidemic" in Hubei Province, the epicenter of the novel coronavirus pneumonia outbreak; and in the meantime, imported infections and subsequent spread of the virus in other provinces and cities have been largely contained.

"China's 'whole-of-government' approach and efficient social mobilization system are the basic guarantees for the victory of the people's war," read the report.

With the turning point lurking around the corner, the effort to ensure economic stability has just started, underscoring China's determination to restore economic normalcy and make up for the economic loss caused by the deadly virus, experts said.

"The number of newly confirmed cases in the Chinese mainland except Hubei fell for the eleventh consecutive day on Saturday, which is the result of effective anti-epidemic measures at this stage," Zhou Xuezhi, a research fellow at the Chinese Academy of Social Sciences, told the Global Times on Saturday.

"The monetary policy needs to be eased to ensure ample liquidity as the epidemic is slowly abating, or the economy will be hit harder," said Zhou.

Currently, the Ministry of Finance, the People's Bank of China, the China Banking and Insurance Regulatory Commission (CBIRC), and the State Administration of Foreign Exchange, have rolled out supportive measures to help companies overcome the difficult times in terms of financing, insurance, taxation exemption, and job recruitment.

Moreover, as of Thursday, a total of 26 provinces, municipalities, and autonomous regions had introduced policies to support small and medium-sized enterprises to better weather the epidemic.

"The Chinese government has introduced a number of measures in different sectors, including monetary and financial markets.

In the next stage, I think China may introduce more precise measures and financial policies to support key industries. For example, increasing targeted credit, cutting taxes and fees, and giving more preference to small and medium-sized enterprises," Zhou noted.

So far, the CBIRC offered more than 537 billion yuan credit lines to support the fight against COVID-19, and it will soon roll out a slew of new measures to back up enterprises from all walks that are affected by the epidemic, Liang Tao, vice chairman of the CBIRC, told a press briefing on Saturday.

At present, despite challenges stemming from the restrictions on people's movement and other control measures, enterprises across the country are fighting for production resumption in an orderly and safe manner with guidance and support from local governments.

The company will focus on ensuring the smooth completion of overseas projects such as Melbourne Metro in Australia and TALGO in Spain after the full resumption of the company's production capacity, according to a document it sent to the Global Times on Saturday.