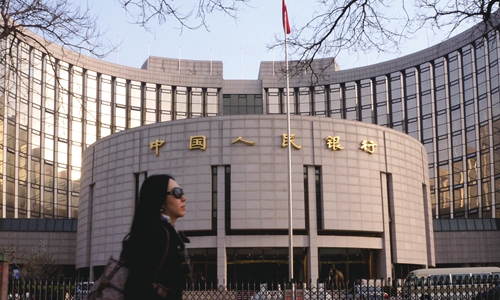 The building of the People's Bank of China in Beijing. (Photo: VCG)

Sichuan's local financial regulator on Wednesday issued a risk reminder on its website. It said that, based on its investigation of local companies which operate P2P businesses, there is thus far no fully compliant institute in the province.  It stated that it will ban all non-compliant lending businesses.

The reminder said that existing contracts are still subject to laws, and that disputes among lenders, platforms or borrowers could be solved in self-settlements or through legal channels.

Sichuan's move is part of China's broader campaign to crack down on P2P businesses nationally.

The P2P industry has been blossoming since 2012, and with the high rate of defaults, fraud and disputes national regulators has release strict rules for the sector. According to a report from People's Bank of China on November 25, the number of online lending platforms has dropped from 5,000 to 1,490.