BUSINESS China has most people with $100,000 net worth: media 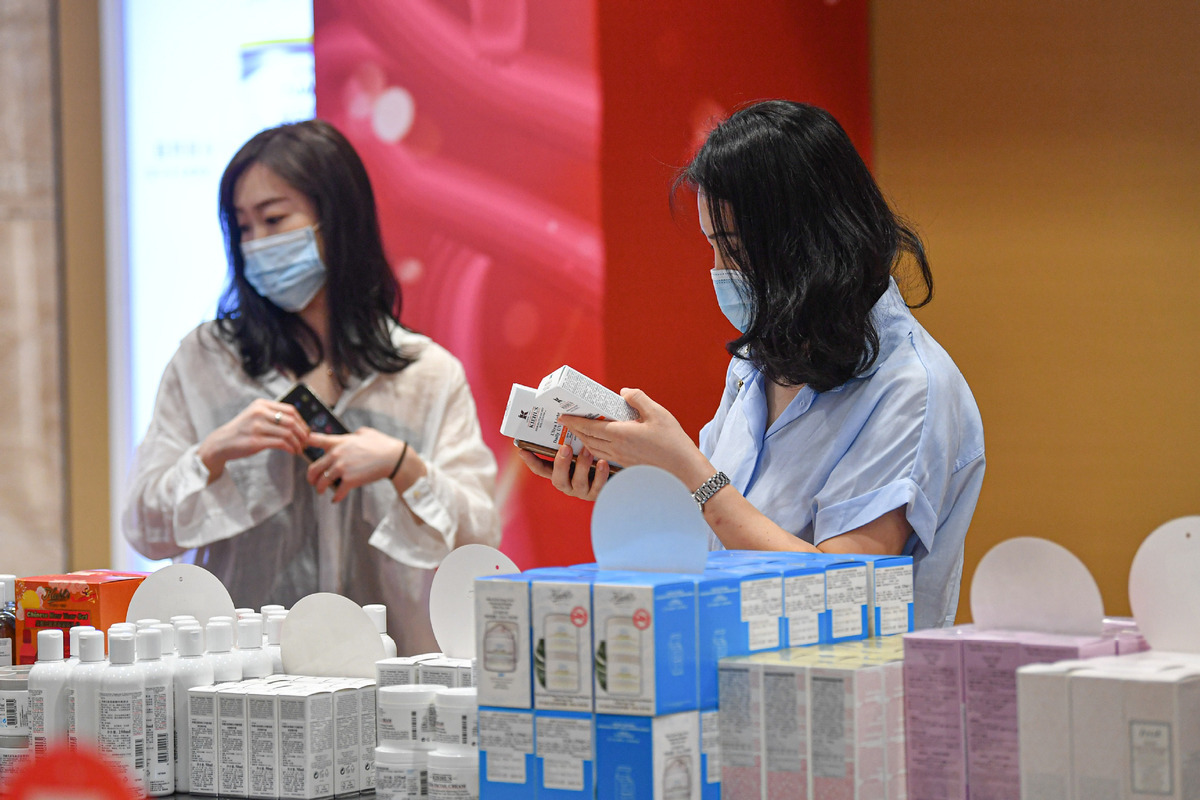 Consumers choose cosmetics in a duty-free shop in Hainan, on April 19, 2021. (Photo: Xinhua)

China has overtaken the US with the largest number of people having a net worth over $100,000, and this group is growing rapidly due to the country's continuous economic development and rising property prices, Japanese media Nikkei reported Tuesday.

"If there were cool things to buy, I would love to make full use of the tax-free quota at 100,000 yuan," said Zhao, a tourist in his 40s from Shanxi province, dragging an empty suitcase and shopping in a duty-free mall at the southern Chinese resort island of Hainan.

As many countries in the world are still facing lockdowns due to the COVID-19 pandemic, China's consumption has rebounded significantly, and the duty-free malls in Hainan are crowded with customers.

Credit Suisse Group calculated that in 2019, the number of people in China with a net worth exceeding $100,000 reached 113 million, followed by the US with 103 million, Japan with 55 million, Germany with 26 million, and France with 25 million.

In addition to economic development, the rising number of this group is also driven by the appreciation of real estate and financial assets.

New housing prices have generally risen 20 to 80 percent from 2015 to 2020, according to a survey of 70 Chinese cities by National Bureau of Statistics,

To aid low-income groups in China, the country has issued preferential policies in the 14th Five Year Plan to raise their earnings, enabling the group to enjoy the benefits of economic growth.

However, other groups in the US have seen almost no change in wealth, something which has become increasingly concentrated among the very rich, Nikkei reported.