Sanya (People's Daily) - China still has the potential to achieve medium-to-high-speed growth for a considerable period, such as 10 to 15 years, according to Zhang Junkuo, deputy director of China’s Development Research Center of the State Council.

Zhang made the remarks on Saturday at the 2019 Sanya Forum held in Sanya, South China’s Hainan Province, saying that the Chinese economy maintained steadily advancing momentum since this year. 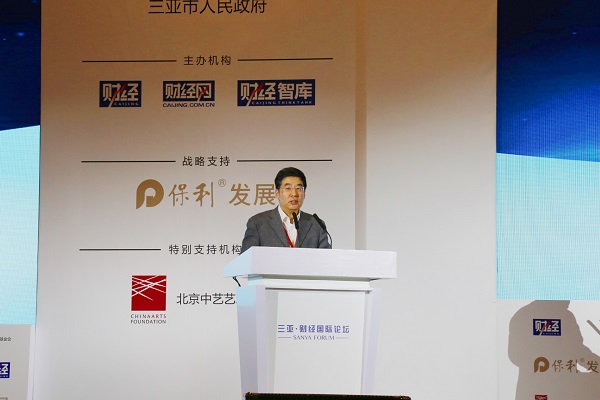 The four main macroeconomic indicators of the Chinese economy — growth, prices, employment and balance of payments — remain in a reasonable range, Zhang said.

He further explained that China’s economic structure continues to be optimized, citing that in the first 10 months, China's value-added industrial output expanded by 5.6 percent year-on-year. Value-added high-tech manufacturing grew 8.7 percent, and China’s fixed-asset investment grew by 5.2 percent, in which high-tech industry investment up by 14.2 percent.

“Chinese people’s lives continue to improve,” Zhang said, adding that a survey by the Development Research Center of the State Council shows that residents’ attitudes toward their current living conditions and the improvement of their lives and confidence in the future have increased significantly compared to last year.

In this regard, Zhang pointed out that to promote medium-high growth, it is necessary to focus on aspects of reform in the current and future periods, including strengthening property rights protection, deepening reform of state-owned enterprises, breaking various hidden barriers and discrimination against non-public ownership economies, giving play to the decisive role of the market as far as possible, reforming China's scientific research, education and talent management system and speeding up improving the evaluation and incentive systems of officials.

The 2019 Sanya Forum is organized by Caijing Magazine, which is scheduled from Saturday to Monday, with the topic “Responding to a Changing Global Landscape.”