China home to the world's second-largest number of unicorn firms

China is home to the world's second-largest number of unicorn companies, according to report by Price Waterhouse Coopers (PwC).

Unicorns refer to unlisted startup companies valued at over 1 billion US dollars. The number of unicorns in China is second only to that of the United States. More than 80 percent of China's unicorns are based in Beijing, Shanghai, Shenzhen, and Hangzhou. 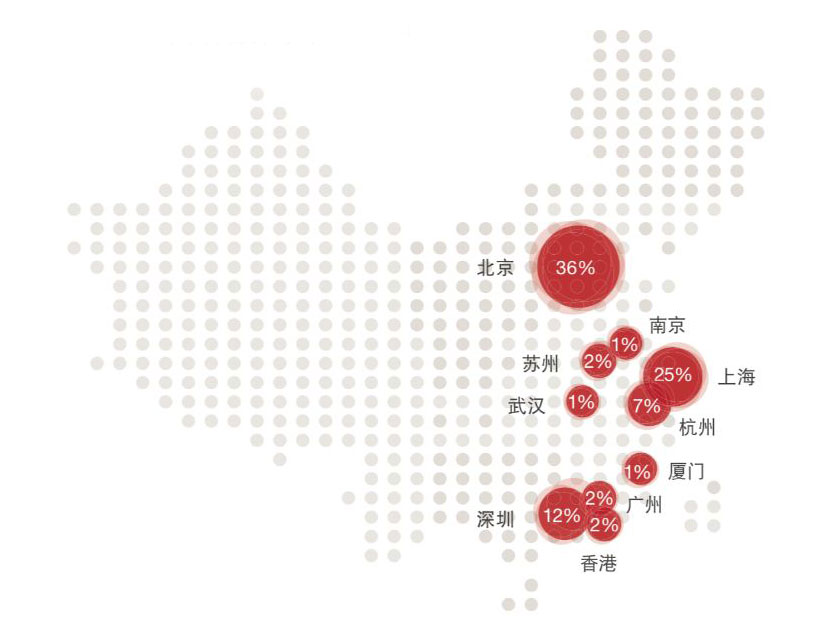 The map shows that Beijing, Shanghai, Shenzhen, and Hangzhou are home to 80 percent of China's unicorns. (Photo: thepaper.cn)

The PwC report shows that, among Chinese unicorns, companies in the transport and automotive industries receive the largest amount of financing, which is the result of favorable policies for New Energy Vehicles. They were followed by finance and technology companies.

Senior managers from 101 Chinese unicorns across 13 industries took part in the survey. The result of the survey indicates that more unicorns can be expected to emerge in the medical and health care industry because of China's aging demographics and greater public interest in health.

The report said that the next three years will be a period of strategic opportunities for Chinese unicorns. Four out of five respondents said that they plan to invest overseas, with the majority choose the Asia-Pacific as their investment destination, with a focus on Southeast Asia, Japan, South Korea, and India. It also said that Hong Kong stocks are the most popular capital market for Chinese unicorns, followed by the American stocks market and the A-share markets.