China hopes to complete BIT talks with EU this year 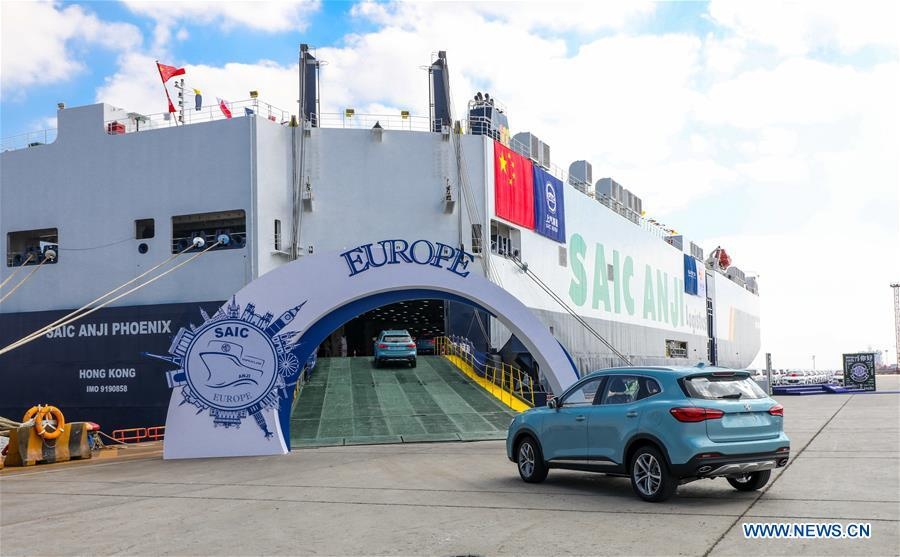 Vehicles to be shipped to Europe are moved onto a ship at a port in east China's Shanghai, Oct. 20, 2020. China's leading automaker SAIC Motor Corporation has launched its first self-operated car-shipping route to Europe as exports expanded in European markets. (Photo: Xinhua)

China-EU talks on bilateral investment treaty (BIT) currently focuses on the text and market access, Gao Feng, a spokesperson for the Ministry of Commerce (MOFCOM), said on Thursday, reiterating Beijing's hopes to conclude the negotiation within this year.

China and the EU have overcome the negative impact of the coronavirus and ramped up their pace of negotiations, with eight negotiating rounds having been held this year, Gao told an online press conference.

The two sides hosted the 33rd round of talks on the bilateral investment agreement last week, which focused on outstanding issues and made positive progress, the spokesperson said.

It is a common aspiration for China and the EU to clinch on the deal at an early date, and China is willing to make joint efforts with the EU to take into full consideration each other's concerns and strive to complete the negotiations within the year, Gao said.

The European business community, grappling with pandemic-inflicted sluggishness, has high hopes that the investment treaty could be finalized on schedule.

In its annual position paper released in September, the European Union Chamber of Commerce in China described the China-EU investment deal as a must-do before yearend.

In the first four months of the year, China's actual foreign investment shrank 6.1 percent year-on-year to 286.55 billion yuan ($42.69 billion), according to the MOFCOM.