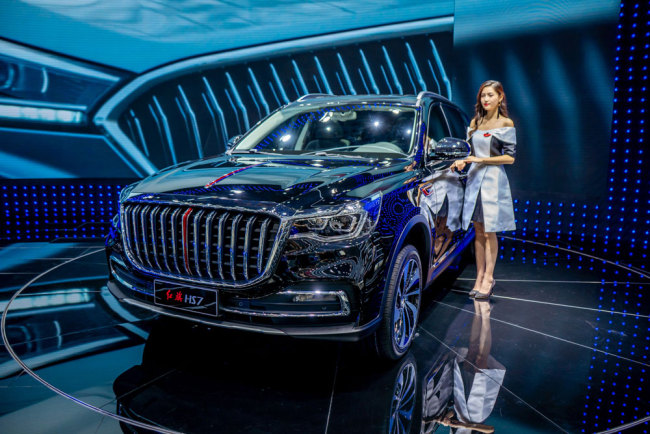 China's automaker FAW Group on Friday began selling the first C-Class sport utility vehicle (SUV) of its iconic Hongqi brand in a bid to capture a slice of the luxury car market.

The model is equipped with a 3.0L V6 engine with mechanical supercharging and higher-end interiors.

With the new SUV model, Hongqi currently has two models in both the sedan and SUV categories.

To help expand its market reach, FAW, the first automaker in China having been established in 1953 in Changchun, is undertaking market reforms for the Hongqi brand and rolling out diversified models.

The brand saw strong sales growth in the first half of 2019 when 33,242 Hongqi-brand vehicles were sold, up 255 percent year on year and exceeding the whole year sales in 2018.

To better reach potential customers, Hongqi has built more than 100 experience centers in major cities and regions across the country.