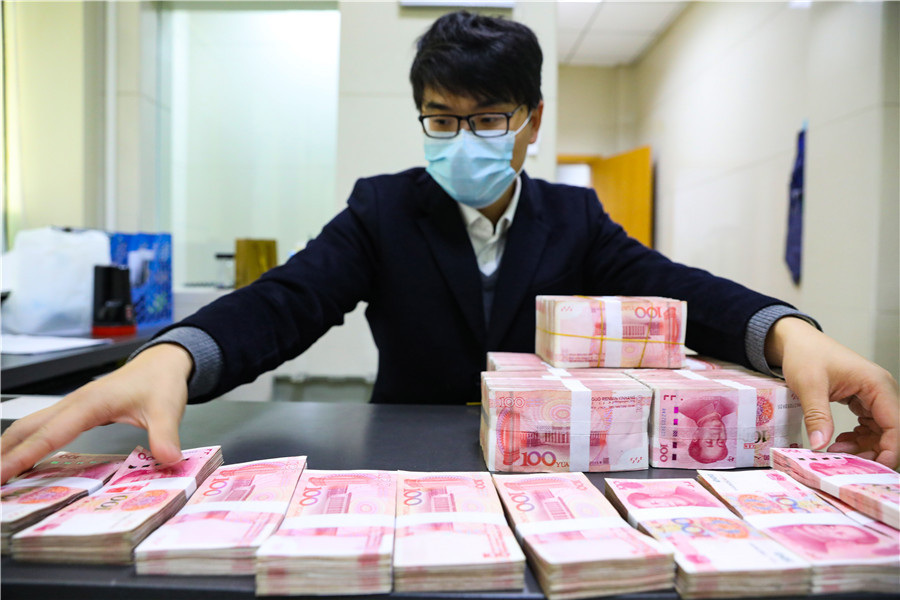 BEIJING -- China reduced the interest rate on financial institutions' excess reserves with the central bank starting Tuesday as part of efforts to boost the real economy amid the COVID-19 outbreak.

The interest rate on excess reserves for financial institutions was lowered from 0.72 percent to 0.35 percent, the first time the country slashed the rate since 2008, the People's Bank of China (PBOC) announced last Friday.

The cut is expected to enhance banks' capital use efficiency and help them better serve the real economy, especially small and medium-sized enterprises, the PBOC said.

Wu Chaoming, a chief economist with Chasing Securities, said that the move would encourage banks to offer more credit support to the real economy as they can now earn much higher interest rates via issuing loans than putting excess funds in the central bank.

The country also announced last Friday to cut the reserve requirement ratio for small and medium-sized banks by 100 basis points in two phases, freeing up an estimated 400 billion yuan (about $56.3 billion) of long-term capital into the market.

The first round of 50 basis-point reductions is expected on April 15 while the second phase of reduction of equal amount will be effective on May 15.