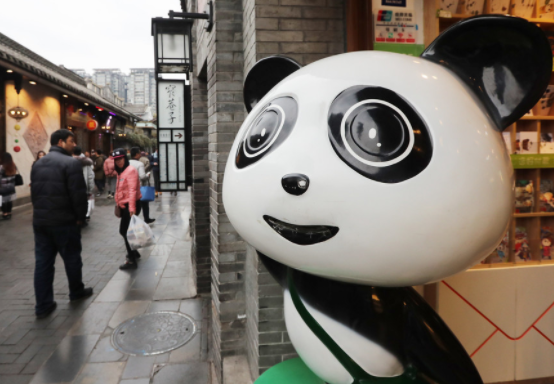 The global travel and tourism sector has reinforced its role as a driver of economic growth and job creation in 2018, and China has contributed a great part to the growth with booming inbound and outbound travels, Gloria Guevara, president and CEO of World Travel and Tourism Council (WTTC), told Xinhua in a recent interview on the sidelines of the WTTC North America Leaders Forum held in New York.

China has become the second largest travel and tourism economy in the world, and the tourism sector in the country registered a remarkable growth of 7.3 percent last year, way above the global average of 3.9 percent, according to a report released by the WTTC in March.

Guevara attributed China's success to its abundant tourism resources, investment in infrastructure and industry development, and the expansion of its middle class, which not only increased the movement of people within the country, but also attracted more and more international visitors.

Nowadays, many traditionally non-mainstream destinations in China have become as popular as Beijing, Shanghai and Xi'an, said Guevara.

Recalling her first trip to southwest China's Chengdu City, home to giant pandas and hotpot cuisine, the tourism expert spoke highly of the local people's hospitality in helping her get acquainted with local culture and specialties.

Another strategy for further improving the experience of international travelers is to target various people and meet their specific demands, Guevara suggested.

For example, for retirees who have plenty of leisure time, Chinese travel agencies could design certain types of products and services to enable them to stay longer and visit more places.

"Chinese travelers like to shop and they stay longer, and such contribution to the local economy is significant," Guevara said.

According to China's Ministry of Culture and Tourism, mainland Chinese made around 150 million trips overseas in 2018, a 14.7-percent surge year on year.

The United States received over 3 million visitors from China in 2018, with an average of over 7,000 U.S. dollars per person, according to the U.S. Travel Association.

The Belt and Road Initiative is also a good example of China's effort to "connect the world" with tourism as a part of it, said Guevara.

"We are really excited because of the fact that China is making this (tourism) a priority," she said.

The WTTC, which represents the travel and tourism private sector globally, is committed to working with China, including helping its Chinese members do more business around the world, and encouraging more international travelers to visit China, said the president.

"There's a lot of interest for companies from around the world ... to invest more in China," she said. "We see their potential and we also see they are implementing the right policies that enable more business and more travel."