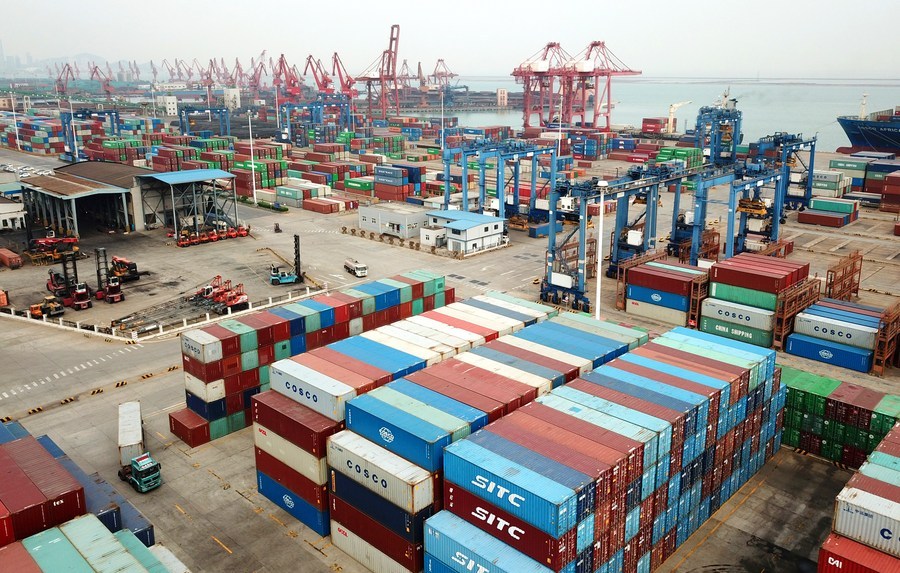 BEIJING - China's imports of major commodities including crude oil, iron ore and soybean climbed in the first eight months of the year, as the country's economic activity gradually recovered from the COVID-19 hit, according to customs data.

Imports of crude oil surged 12.1 percent to 368 million tons during the January-August period, while refined oil imports rose 1.3 percent to 20.77 million tonnes, data from the General Administration of Customs showed.

The country's soybean imports surged 15 percent from one year earlier to 64.74 million tonnes in the first eight months. About 65.07 million tons of natural gas were imported, up 3.3 percent from the same period last year.

The country's total imports of goods fell 2.3 percent to 9 trillion yuan ($131.58 billion) from January-August, compared to a decline of 2.6 percent in the first seven months. The trade surplus expanded 17.2 percent year-on-year to 2.05 trillion yuan.