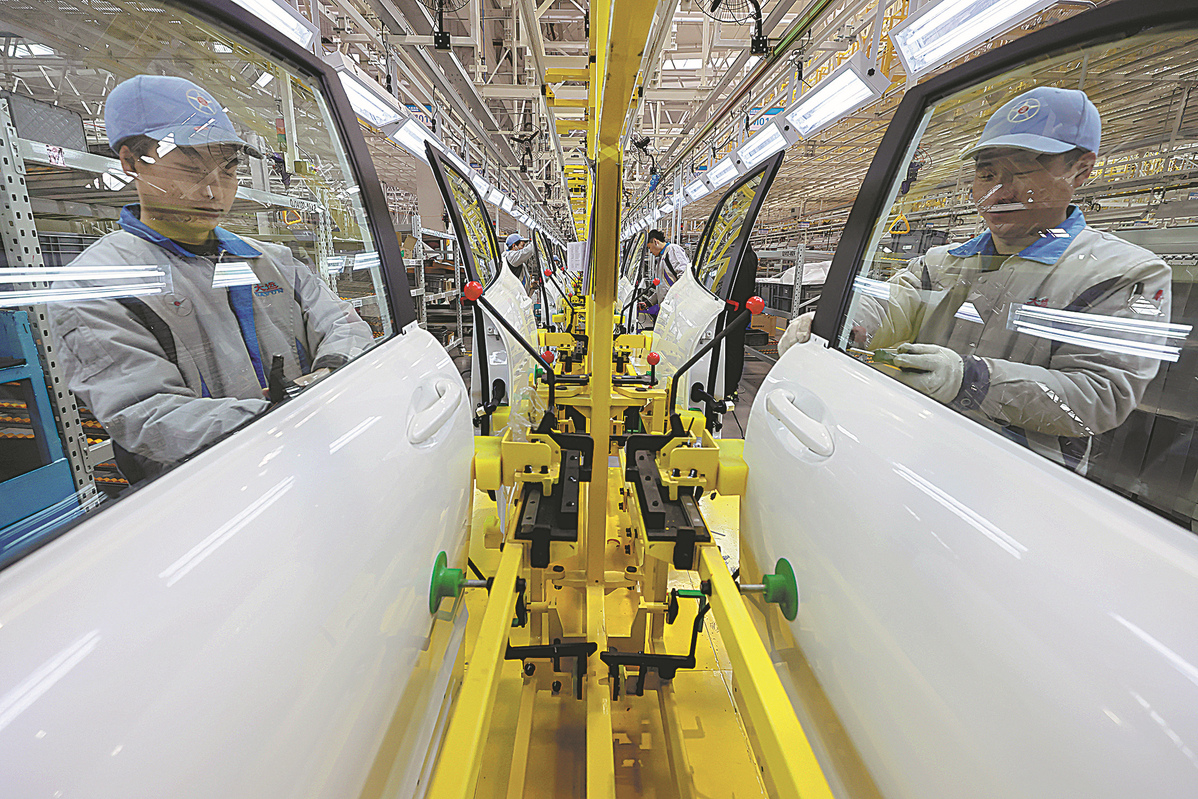 In an economic sense, should China be unnerved by neighboring Vietnam? Well, Vietnam today reminds me of yesteryear developing countries when their economies had just started to grow at a notable pace. Its labor-intensive industries like textiles, processing and manufacturing are booming, fueled by abundant and low-cost labor.

This has led many to question whether the Southeast Asian nation will have a bearing on China's position in the world's industrial chain sooner or later.

No, I'd argue. Close competition and complementarity characterize the dynamic between the two neighbors. From the perspective of competition, the pressures they face from each other are asymmetrical.

In terms of complementarity, the export structures of the two countries are different, and their supply chains are interdependent. For example, when China fought the COVID-19 outbreak in 2020, the supply chains of many industries in Vietnam also came to a standstill.

China's direct investment and industrial transfer to Vietnam have strengthened business ties between China and Vietnam, resulting in the international division of labor. Some of China's surplus with European countries and the United States has turned into China's surplus with Vietnam.

In a sense, Vietnam's growth is an extension of China's economic growth. The two countries' industrial chains are closely integrated. As a neighbor, a developed Vietnam is more beneficial to China than an underdeveloped economy. China does not have to worry too much about the challenges posed by the rise of Vietnam's manufacturing industries.

For instance, Zibo, Shandong province-based Luthai Textile Co Ltd, which runs more than 40 factories and regional branches in countries including the US, Italy and Japan, announced earlier this year that it will invest $210 million to build a manufacturing base to make woven and knitted fabric products in Tay Ninh province, Vietnam. The new plant is meant to supply local garment and textile businesses, another step to further expand its market presence after the Regional Comprehensive Economic Partnership took effect on Jan 1.

In this context, it's India that should be the hot topic. Among China's neighbors, India boasts a competitive labor source, vast market hinterland, increasingly complete electronics industrial chain and a highly developed IT industry. Its human resources are said to have an advantage in terms of English-language skills, comparable to HR in Europe and the US. India may well have the potential to emerge as not only the next factory for the world but also a challenger to China.

Over the long term, India will seek an economic growth rate higher than that of many countries in the Asia-Pacific region. When its economy becomes half China's size, it will likely have a substantial impact on China. Even though Vietnam's substitution effect on China is greater in the short term, India's effect in a similar context will be greater in the longer term.

Constrained by a limited local market, Vietnam plays more of a role as a processing and transshipment hub in the global electronics industrial chain, and its products are exported to North America, Europe and other regions. The reason why India can attract a relatively more complete electronics industrial chain is due to tariff adjustment and its vast local market. A large number of electronic products manufactured in India can be directly sold in the country, leaving less room for exports.

To cope with these factors, China has already begun to foster high-quality development on its original industrial track and implement the dual-circulation development paradigm that allows the domestic and overseas markets to reinforce each other.

China has an edge in being a major consumer market in the world. This has become valuable in breeding and developing new technologies. Although the industrial revolution started with technologies, the implementation of technology cannot be separated from specific market demands and application scenarios.

In the new round of industrial revolution, China should not only reinforce the resilience of its own industrial chain structure, but also work closely with neighboring countries via bilateral and regional free trade agreements, and become a driver of shared development. This will be an important task for the country to sustain its foreign trade and seek fresh growth points in the years to come.