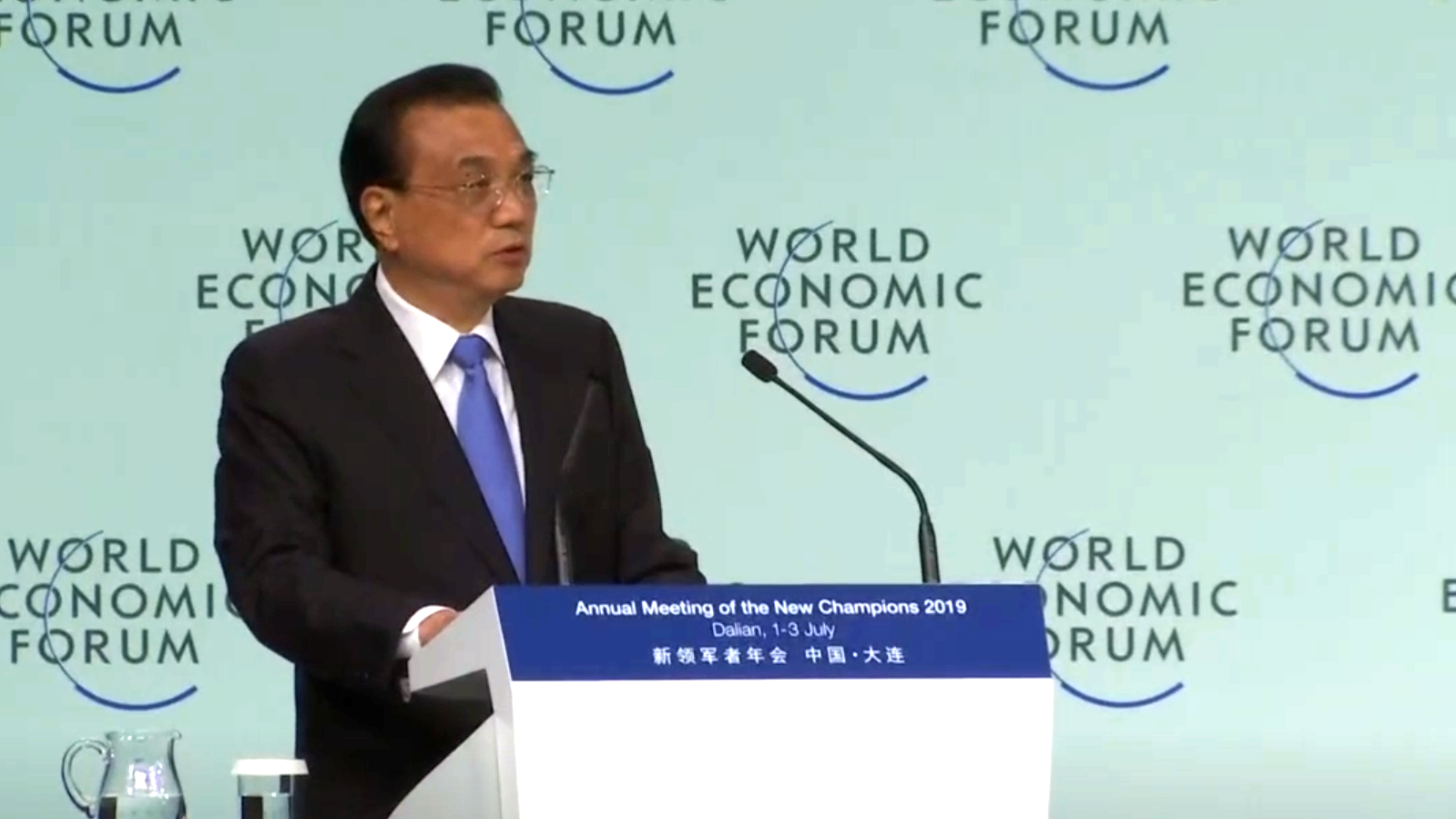 China will scrap ownership limits for foreign investors in its securities, futures, and life insurance sector in 2020, a year earlier than scheduled, Chinese Premier Li Keqiang said at the World Economic Forum in the northeastern China's port city of Dalian on Tuesday.

"The reason we moved ahead the schedule is to declare to the world that in the financial services sector we will not only keep up the pace of opening, we will also accelerate," Li said.

He continued that China has opened up its manufacturing sector and will further ease ownership limits in more sectors while reducing its negative list.

Improvement of the business environment

In order to create a more clear and predictable business environment, Li said China will eliminate laws and regulations which are inconsistent with opening up by the end of the year.

On intellectual property protection, he said that punitive compensation mechanism will be introduced "to clamp down hard on all kinds of infringement."

Li said with GDP growth target at 6-6.5 percent this year, China is still one of the fastest growing economies in the world. He also reminded investors of China's vast consumption market. Adding that higher living standards will produce huge market demand, especially in the services sector.

Under the theme of "Leadership 4.0: Succeeding in a New Era of Globalization", this year's Summer Davos will attract more than 1,900 delegates in the political, business, academic and media circles from over 100 countries.