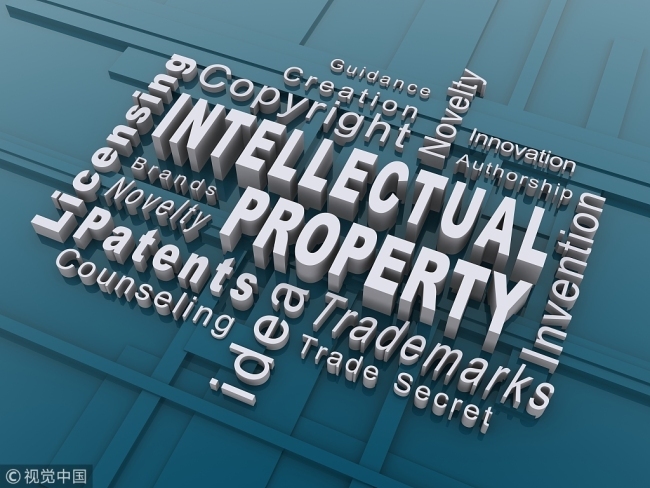 China surpasses the United States to become the top jurisdiction in terms of the number of patents in force last year. (Phot: VCG)

China surpassed the United States to become the top jurisdiction in terms of the number of patents in force last year — 3.6 million — the World Intellectual Property Organization said.

Patents in force worldwide grew by 4.2 percent last year, with China registering the fastest growth in this regard, according to the WIPO's World Intellectual Property Indicators Report 2022, which was issued on Monday.

The report showed that China's IP office received 1.59 million patent applications of the 3.4 million filed worldwide in 2021, which is similar in number to the combined total of the next 12 offices ranked from the second to 13th.

While seeing a rise in patents, the WIPO, which compiles the latest data from 150 national and regional IP registers, said that China also witnessed growth in other IP sectors, including trademarks, industrial design, plant varieties and geographical indicators.

Additionally, China also reported 9,052 geographical indicators in force last year — the largest number in this field around the world, it added.